Visiting the Sultan Mosque during Ramadan 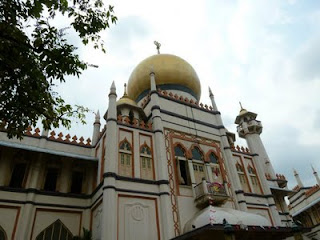 On a weekday evening, I visited the Sultan Mosque with a group of friends and new-found friends. The intention was to better appreciate and understand the Islamic faith. We attended a special tour of the Sultan Mosque led by one of the docents of the mosque. 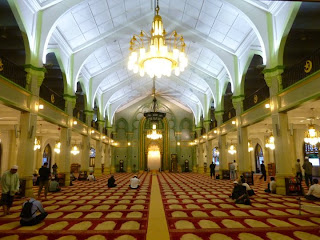 That day happened to fall in the month of Ramadan. It is the "Islamic month of fasting, in which participating Muslims refrain from eating, drinking, smoking and sex with their partners during daylight hours." Fasting during Ramadan is regarded as a method of spiritual self-purification. As best as I have understood, the process of fasting is intended to teach Muslims to practise self-discipline, self-control, sacrifice and to develop compassion and charity.

Fasting during the month of Ramadan is one of the five pillars of Islam. The five pillars of Islam are:
1) The testimony of faith (i.e. saying with conviction that "there is no true god but God (Allah), and Muhammad is the Messenger (Prophet) of God."
2) Prayer
3) Giving Zakat (Support of the needed)
4) Fasting in the month of Ramadan
5) Pilgrimage to Mecca

The tour concluded with the group joining the rest of the congregation to break fast together. When the call to start the sunset prayer was heard, it was the signal indicating that it was time to break fast. Devotee will break their fast with dates before praying. 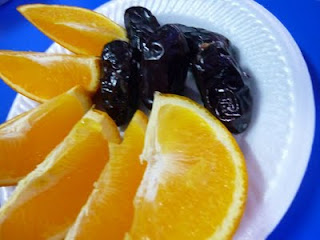 Many thanks to the Sultan Mosque for organising the tour and for their generous hospitality. I have learnt more about the Islamic faith. 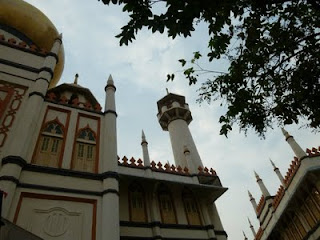 One of my new-found friends who was one of the participants of the Ramadan trail tour has written a lovely post on her visit. Please find Rose John's post here: Inside Singapore's Oldest Mosque during Ramadan.