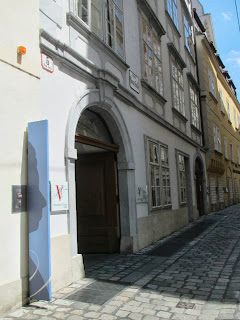 The mysterious Free Masons somehow caught my interest. I learnt of Mozart's admission to the Free Masons in Dec 1784.

Mozarthaus also gave visitors a glimpse of how Mozart's Marriage of Figaro was so well-received in Prague. There was a lot of material being put on display yet quite a number were replicas or copies of the originals. If I was there to do a research on Mozart, it would make sense to put myself through so much information. However, if I were a mere tourist, it may be the visuals that would get me interested in Mozart. However, while the visuals on display attempt to get the visitors to imagine how life could have been during Mozart's times, some of the visuals appear disconnected with the general themes presented by the audio guide.

Anyway, a quote under the section of Mozart's Requiem left the strongest impression in me. The quote (translated in English) went,
"As death, when we come to consider it closely, is the true goal of our existence, I have formed during the last few years such close relations with this best and truest friend of mankind, that his image is not only no longer terrifying to me, but is indeed very soothing and consoling!"

Structurally, the house consists of four large rooms, two small ones and a kitchen. The Wien Museum has done an excellent task to curate the apartment.

Admission is 10 euro per adult for regular entry. It will require at least 2 hours to browse the exhibition and to listen to most of the items on the audio guide. While I would recommend lovers of classical music to make a visit to Mozarthaus for the sake of learning more about Mozart, visitors who prefers to see important exhibits related to Mozart may prefer to give Mozarthaus a miss. Essentially, I realized that many of the exhibits found in Mozarthaus were generally not original copies. This meant that the focus of the visit to Mozarthaus would not be to see the exhibits but to experience the house.

Photography is not allowed in the exhibition galleries of Mozarthaus. This reason may be strong enough to deter all the photography buffs. Anyway, this is is reason why I have limited photographs of Mozarthaus to show you. Whatever it is, this may be the place for fans of Mozart to visit while in Vienna. 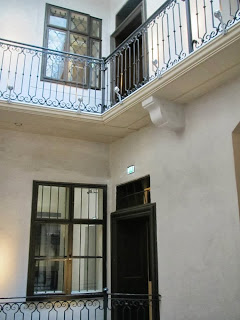