4 Jul 2013: Our first afternoon and night at Prague

When our orchestra reached Prague, it was already afternoon time. I have had good vibes when we reached the Hotel NH Prague. 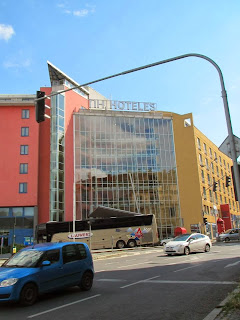 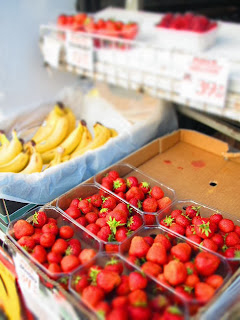 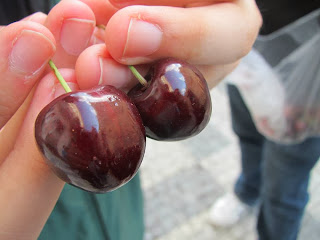 Time was spent reaching the Charles Bridge, and to explore part of it. The beautiful sights that we saw at Charles Bridge were etched into my memory. Guess what was the river that ran under Charles Bridge? It was the Vltava River, otherwise known as Moldau. I was reminded of Smetana's Moldau. What a lovely river.

I wished I could be less anxious and be more relaxed to enjoy our adventures about Prague. I must have been too disciplined to follow strictly to the agreed time to reach the hotel for dinner. In the end, despite walking back to the hotel at the fastest possible pace, I was still slightly behind the agreed time for dinner. Then again, if I could have been a bit more forgiving towards myself for taking a bit more time to travel, maybe I could enjoy the journey back to the hotel so much better? 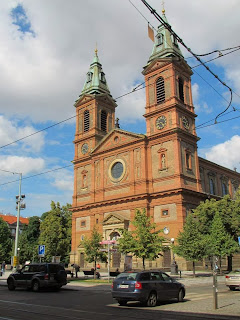 The buffet dinner at the Hotel NH Prague was sumptuous. I like the pasta especially. Having the company of orchestra mates made the dinner even more memorable.

After the dinner, we took a tram to get across the Charles Bridge. We were on our way to get to an organ concert that would start at 10 p.m. at the St Salvator Church. The organist was Robert Hugo and the soprano for that night was Marie Fajtova. The concert was marketed as "night organ concerto by candle lights'. I could not remember much about the concert. However, I could remember that the skies only turned dark at about 9.15 p.m. that night in Prague. I was reminded that it was summer. 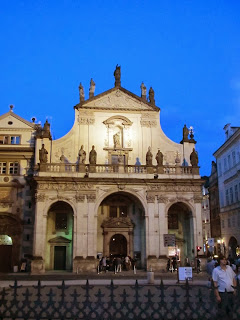 Back to the concert, on hindsight, although it was extremely enticing to listen to an organ concert by the candle lights, I was simply not someone who could tolerate late nights. I was feeling too tired that I was half-asleep throughout the entire concert. Whatever organ playing and soprano singing that I had heard inside that lovely Gothic church of St Salvator Church somehow just felt as if they had happened in my dreams, pretty vaguely.

After the concert, the temptation was to go for supper. Eventually, my choice was to take the tram service number 9 to get close enough to Krizovnicke Square before walking back to the hotel by foot. Thankfully, the streets of Prague was generally safe especially when I was walking on the streets with the company of several friends.

Such beautiful pictures... and I love your adventurous spirit. Even if you don't always feel like you're being adventurous, your actions tell me you are. :)

Thank you Jammie. :)
Nice to hear from you.