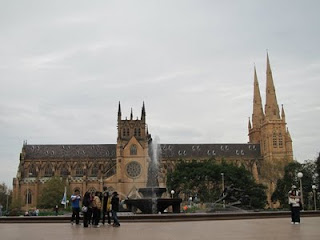 Anyone who is familiar with London will know about Hyde Park. What about Hyde Park in Sydney?
Right on the eastern side of the Sydney Central Business District sits Hyde Park. It was named after the original Hyde Park in London. It is bordered by Elizabeth Street, College Street, St. James Road, Prince Albert Road and Liverpool Street.

There were a number of interesting monuments and buildings in the vicinity of Hyde Park. Somehow at Hyde Park, I felt I was being transported to a fantasy world right inside a busy and modern Sydney Central Business District. 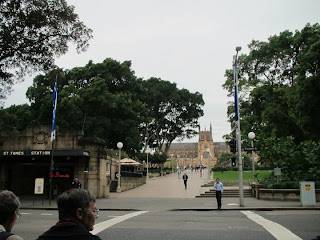 One of the most convenient ways to travel to Hyde Park is to take a train to St. James Station. The beautiful St. Mary's Cathedral is within walking distance from the St. James Station. St Mary's Cathedral is a English-style Gothic church envisioned by the architect, William Wilkinson Wardell. Like many cathedrals, the building was completed 100 years after the architect's death. The vibes from this cathedral had a positive effect on me when I was passing by. Somehow, I felt a pleasant sense of serenity and peace. 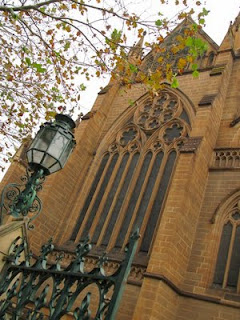 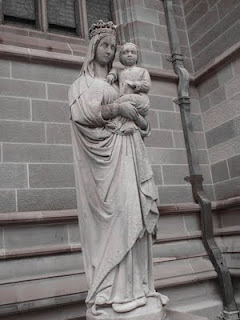 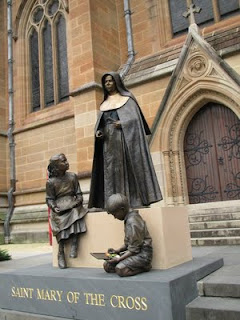 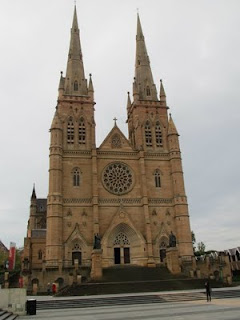 Hyde Park Barracks was nearby. I had to give it a miss due to time constraints. The best that I could do is to take a photograph of it. I somehow like its simple and hardy structure. 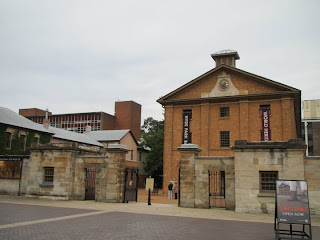 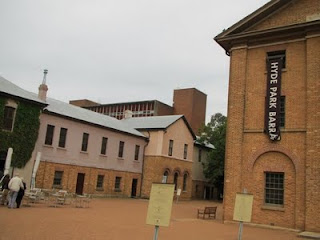 One particular monument that caught my eyes was the J.F. Archibald Memorial Fountain created by the artist, Francois Sicard. This fountain was unveiled on 14 Mar 1932 by Lord Mayor of Sydney, Samuel Walder, to commemorate the association of Australia and France in the Great World War 1914-1918.

As we left Hyde Park to head for lunch, we noticed a group of gentlemen enjoying a leisure game of chess. Their chess set was rather monumental in size! 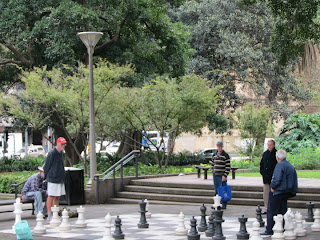 I like Hyde Park in London better because of its sheer size and beauty. Then again, Hyde Park in Sydney has its own lovely charm. 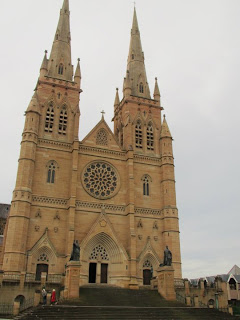