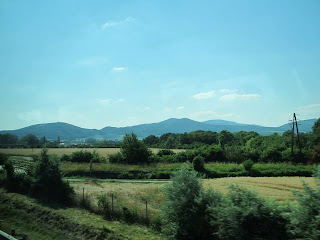 After the SCL Festival Workshops, there was some time for members of the orchestra to take a break for lunch and to explore the city of Vienna on our own. More about our free-and-easy time exploring Vienna in another post. In this post I shall focus on the more official aspects of the orchestra's tour to Vienna.

That day, on 8 July 2013, we have official duties to fulfill. We were to perform in Bad Tatzmannsdorf. It is a municipality in Burgenland in the district of Oberwart in Austria, according to Wikipedia. 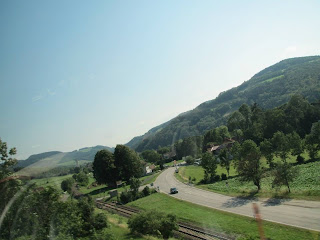 On the way from Vienna to Bad Tatzmannsdorf, we could see rolling hills and this was a lovely visual treat for my eyes. The coach ride took more than an hour. I was doing my very best to stay awake throughout the journey so that I could enjoy the beautiful views on the way to Bad Tatzmannsdorf. At the same time, there was a conflicting wish to steal some time to rest so that I could feel refreshed during the upcoming performance. 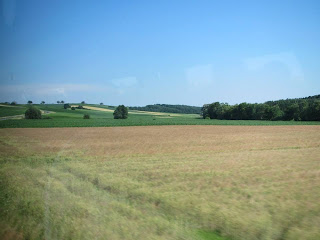 We were slightly behind schedule. We reached our dinner place, Restaurant Weinstadl, later than the scheduled time. Nevertheless, it was one of the more memorable dinners that I have had in Vienna. The restaurant's personnel were attentive and friendly. They were very kind and generous. When they learnt that a few of our members were vegetarians, they cooked vegetarian meals specially for the few of them. As for the rest of us, we were treated fish fingers and many more. I was particularly fond of their selection of salads. I love vegetables! 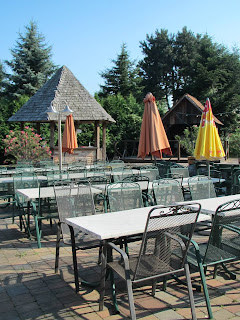 The opening air concept of the restaurant against a countryside landscape provided a very welcoming ambience. Dinner company was great too. This was possibly one of my most memorable dinners in Vienna. It was summer and the sun does not set until close to 9 p.m. I felt thankful for a dinner in a very friendly setting.


To end the meal in a sweet fashion, we each had a treat to ice-cream. Many thanks to our group's manager for her generous treat! 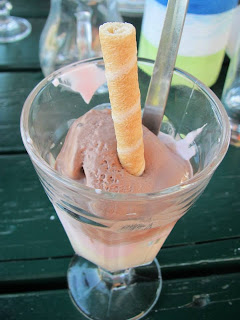 I was a bit nervous after the dinner. We were slightly behind the schedule. My body seemed to be very aware of this lag in time. Perhaps I could give myself more assurance that we had enough buffer in actual fact. Thankfully, we reached our performing venue with sufficient time to set up before the actual performance. It was a memorable performance to come.