26 May 2012 (Sat): This was the day when I was taking a flight back to Singapore. In my heart, I knew that I would miss my friends, the ferry rides and the fresher air in Sydney. 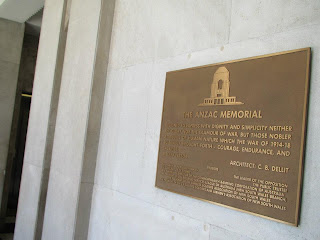 On the first anniversary of the landing of the Australians at Gallipoli, a fund was opened to raise a permanent memorial to those from New South Wales who served in The Great War (now known was the first World War) from 1914 - 1918. In 1923, there was a suggestion for the memorial to be erected in Hyde Park. The ANZAC Memorial at Hyde Park Sydney was officially opened on 24 Nov 1934. 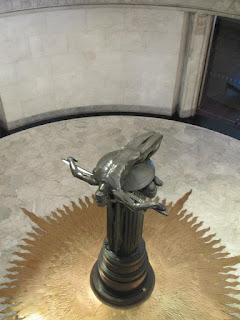 While I was aware of the significance behind ANZAC day, I was clueless how to appreciate the architecture and design of the ANZAC Memorial. I was simply awed by one of the sculptures that I saw within the compounds of the memorial. There was a solemn sense of dignity and melancholy. 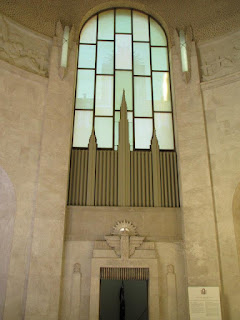 It looked like I would have to visit the ANZAC Memorial again in the future so as to better appreciate the courage and sacrifice of the Australian and New Zealand Army Corps better. 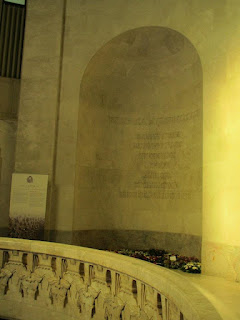 Odd it may seems, I had walked past the ANZAC Memorial more than thrice during my visit to Sydney in May 2012, but I had only stepped into it on the last day of my visit. Could this be a sign to tell me that I have to learn to appreciate what is around me at a deeper level?

The Memorial is open every day, except Good Friday and Christmas Day, from 9.00 a.m. to 5.00 p.m
Entry is free of charge.