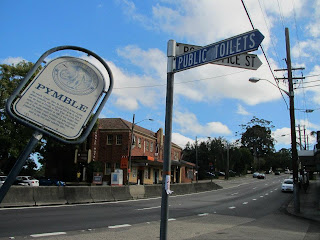 21 May 2012 (Mon): I had arranged to meet one of my friends and her daughter at Pymble train station. As I was early, I roamed about the train station and the nearby areas.

According to one of the signages,


"The suburb "Pymble" takes its name from Robert Pymble, pioneer orchardist, who was granted 600 acres in what is now the heart of Pymble, in 1823. When the North Shore railway line was established in 1890, it was decided that one of the stations would be within the area originally granted to Pymble. Robert Pymble's original home was used as the first ticket collection office."

Somehow, thanks to the generosity of Robert Pymble, the common folks have a railway station in the heart of Pymble! Alright, I wish that I could have an easier time to learn to pronounce "Pymble". It took me a while.

Anyway, it was a delightful morning exploring the Pymble train station and the nearby areas. I welcomed the sights of the trains! 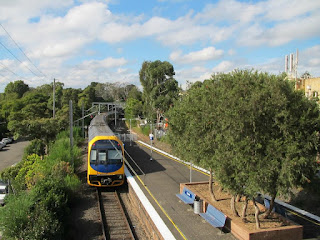 I saw a lot of trees in Pymble. I just could not tell if these were fruit trees. Whatever it was, I decided I shall slow down, perhaps not to smell the flowers, but to enjoy the beauty of the autumn leaves. 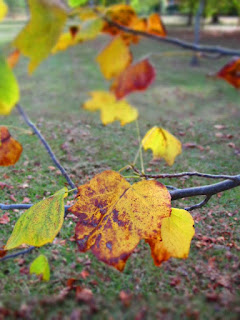