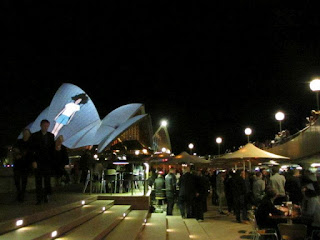 Living on a tropical island of Singapore that is north of the equator, I have had no idea about Vivid Sydney, the festival of light, music and ideas until the year 2011 when I heard about it through Tourism New South Wales. When I had the privilege to visit Sydney in May 2012, I made an effort to extend my stay in Sydney so that I could at least spend a night in Sydney experiencing Vivid Sydney.

At 6 p.m., the curious visitor in me had the privilege to attend the first-ever Vivid LIVE Stage Door Tour! During the tour, I learnt from our dedicated guide that the projections projected onto the sails of the Sydney Opera House were a result of the digital mapping of images from projectors installed on the roof of the Overseas Passenger Terminal. What a revelation! Since that night, I looked at the Overseas Passenger Terminal with a different pair of eyes.

After spending some time near the Sydney Opera House enjoying the digital projections on the sails of the Opera House, I strolled leisurely towards the Museum of Contemporary Art. The weather was cool and dry in Sydney. This made my walk a very pleasant one. Along the way, I was treated to visually pleasing art installations and light projections. 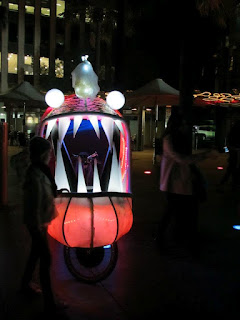 I have much to learn about taking interesting photographs during the night. Nevertheless, the tourist in me could not help but use my camera to take photographs of the first night of Vivid Sydney 2012. It was fascinating to experience Vivid Sydney in person.

I used to hesitate visiting Sydney during winter because the nights are long and the days are short. I prefer sunlight to moonlight. Vivid Sydney challenged me to be grateful for the longer nights because this will mean longer hours to immerse ourselves in the beauty of the light installations and projections. 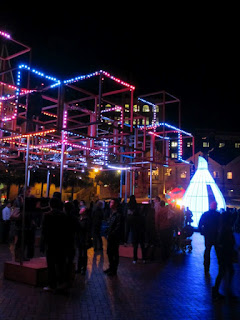 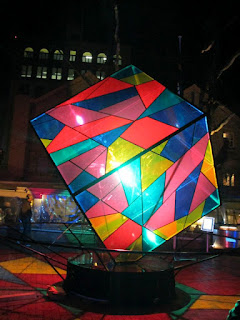 Vivid Sydney has a dedicated Facebook Page with photographs of this spectacular festival that will prove to delight: https://www.facebook.com/vividsydney

Make a date with Vivid Sydney!

Interesting festival with so many beautiful artworks. Love the museums which are beautifully decorated for this festival.

Yes, eastcoastlife, it is an interesting festival. Buildings with historical value such as Cadman's House were also basked in lovely lighting during the Vivid Sydney.