Join exhibition curators Ms Ong Zhen Min and Ms Patricia Ong, for a guided tour to learn more about Liu Kang, a passionate artist whose creativity knows no bounds. Walk through the galleries and be intrigued by the stories behind the artworks. Find out how this prolific artist made such an impact on the development of art in Singapore.

One lovely evening on 16 Sep 2011, one of my friends and I joined one of the Curator Tours of Liu Kang A Centennial Celebration. Leading the tour was one of the exhibition curators, Ms Ong Zhen Min. This Curator Tour gave us a deeper understanding to Liu Kang's approach to art. We have also learnt more about many of Liu Kang's works.


I learnt that in Life by the River, Liu Kang dealt with the composition in a very interesting manner. The various subject matters in this painting unravel to the viewer like a traditional Chinese landscape hand-scroll. The use of the bridge sensitively created depth in this painting.

During the tour, the curator also shared with us why the style found in Tenth Trip Up to Huangshan, (1989), is so different from the style of Liu Kang's style of painting. If you would like to find out more, perhaps you could consider going for the upcoming Curator Tour (in Mandarin) held on 23 Sep 2011. 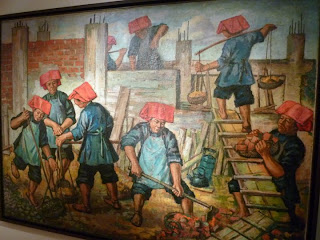 The curator also shared with the members of the group about the differences in Liu Kang's approaches to oil paintings and works done in pastels. An oil painting of Samsui women, however, was one of the exceptions among his oil paintings whereby the faces of the subject matter were not as flat.


A number of Liu Kang's works also documented moments from Singapore's past. For example, After the Fire II (1952) documented how fires were common occurrences during the 1950s and 1960s. The painting showed the aftermath of a fire.

In addition, visitors to the exhibitions can find a few copies of Liu Kang's Chop Suey, a multi-volumed work consisting sketches of Japanese brutality on Asians. When no press could visit Singapore to take photographs of the brutality of the war and the Japanese Occupation, Liu Kang used his creativity to document snippets from this period of Singapore's history.


If the above-mentioned interest you, you may like to know that Liu Kang A Centennial Celebration will be held from 29 Jul - 16 Oct 2011.

There will be a Curator Tour in Mandarin on 23 Sep 2011, Friday, from 7.30 p.m. to 8.30 p.m. For more information on how to register for this tour, please visit: http://nationalartgallery.sg/liukangexhibition/tours

Is a win-win solution possibly for Bukit Brown?


Recently (on 12 Sep 2011), on The Straits Times, there was a report that a new dual four-lane road will be built from early 2013 to alleviate congestion along Lornie Road and Pan-Island Expressway during peak hours. This new road will cut through parts of Bukit Brown.

Many lovers of heritage as well as nature-lovers have expressed concerns regarding the building of the road that is proposed to cut through parts of Bukit Brown. There were also people who wonder if the new road may indeed be the long-term solution to the identified problem, i.e. traffic congestion.

Where on earth is Bukit Brown?
Who goes to Bukit Brown?
Is there more effective ways to resolve the traffic congestion other than building the dual four-lane road?
What makes Bukit Brown worthwhile to preserve? 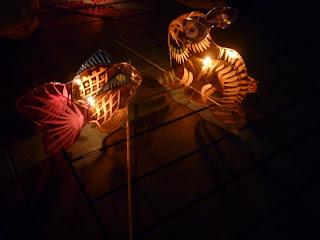 
If you are interested to learn about my evening celebrating the Mid-Autumn festival at the Marina Bay, please visit: Mid-Autumn celebration at Marina Bay Singapore
Posted by oceanskies79 at 9/11/2011 11:21:00 pm 2 comments: 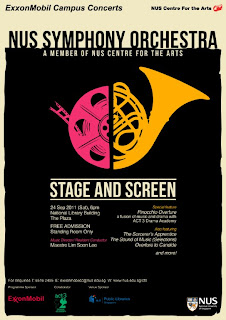 "Join the NUS Symphony Orchestra at the National Library Plaza for an evening of popular musical favourites from stage, screen and theatre. Conducted by Maestro Lim Soon Lee, the Orchestra will present selections from films and operas such as Samson and Delilah, The Sound of Music and Porgy and Bess, with a special music and drama collaboration with ACT 3 Drama Academy featuring the Italian folk tale Pinocchio."
Posted by oceanskies79 at 9/10/2011 08:09:00 pm No comments:

In an attempt to regain balance and to seek greater clarity, I chanced upon Patricia's Spadaro's Honor Yourself at one of the libraries. The author has a uplifting writing style that sensitively discusses many of the key paradoxes of the modern time. Her writing style is empowering and comforting. A wise and inspiring book to read. I shall look forward to read more of her books in the future.

I very much like the way that the author summarizes the key learning point of each chapter in a nutshell under the sub-heading of "Magic".

Here's sharing a few of these 'magical' learning points from the book as I randomly turn the pages:

"Human perfection is not the goal. Learning to express more of my true self is."

Perhaps one of the learning point is a reminder to myself to seek support even though I have no clear idea what may be of help.

Excerpts from the book can be found here: http://www.practicalspirituality.info/Honor-Yourself-Book-Excerpts.html
Posted by oceanskies79 at 9/07/2011 10:59:00 pm No comments: 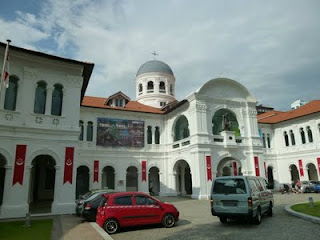 A few weeks ago, I had the pleasure to visit the Singapore Art Museum on two consecutive days to view the works by pioneer Singapore artist, Liu Kang. I was first introduced to Liu Kang and his works when I was a young teenager. During those years, I was only introduced to some of his works.

When I visited the "Liu Kang: A Centennial Celebration" at the Singapore Art Museum, I realised that Liu Kang was very proficient in the use of pastels. I was very drawn to most, if not all, of his pastel works. One of the most captivating works done using pastels by Liu Kang was perhaps "My Young Wife" (1944).

There was a self-portrait of Liu Kang which was done in pastels that was shown at the exhibition. I have found that it was sensitively executed. From the explanatory notes, I learnt that during period of the Japanese Occupation in particular, art materials such as oil paints were scarce. Liu Kang turned to using pastels during that period. Visitors to the exhibition has the privilege to catch glimpses of some of the tools that Liu Kang had used as an artist, thanks to the generosity of Liu Kang's family for the loan. 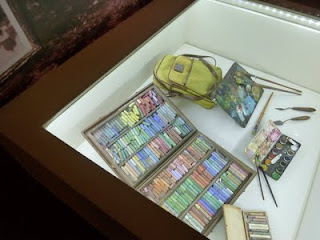 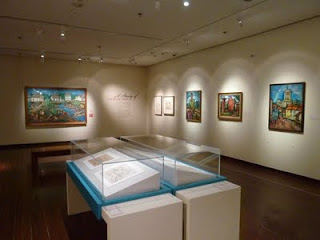 For visitors who would like to learn more about Liu Kang's philosophy and beliefs on art, Liu Kang's Essays on Art and Culture that was recently published is one book to read. I understand that there is also a monograph titled Asian Artists Series - Liu Kang: Colourful Modernist that explores Liu Kang's way of seeing and art making.

I strongly recommend this exhibition to anyone who is interested in Singapore art and/or in the development of Singapore's art scene.

For more information on this exhibition, please visit the National Gallery of Singapore's webpage: http://nationalartgallery.sg/liukangexhibition
Posted by oceanskies79 at 9/04/2011 08:45:00 pm No comments:

Read: What your doctor doesn't know about Nutritional Medicine may be killing you 
One of my good friends, RL, thoughtfully gave me the above-mentioned book as a gift. The best way to reciprocate was to read it. Thankfully, I was in the mood to read a book on nutritional medicine in the hope to enhance health.

Interestingly, the author, Ray D. Strand, insisted that all readers ought to read the chapter on diabetes even if the reader has never been diagnosed with diabetes. The author put forth the idea that the high-carbohydrate and high-fat diet which is especially common in the modern American's diet has contributed to making the body to be less sensitive to one's own insulin. As a result, insulin resistance occurs over time, and more and more insulin is needed to keep blood sugars normal.  He argued that the elevated insulin level could lead to a Syndrome known as Syndrome X. To enhance one's health, the author recommended lifestyle changes in the form of modest exercise and appropriate diet.

This book also discusses on the concepts of oxidative stress. I learnt how essential it is to have a diet consisting of adequate antioxidants.

This is overall an informative book and I do find many of its arguments sound. For anyone who would like to better appreciate how he or she could better take charge of his or her own health through sound nutrition, this book is worth a good read.

Here is to share a lesson that I have learnt a week ago. It is to cross the road mindfully.

A week ago, I was talking with my grandmother using my mobile phone. I must have been too occupied with the conversation that I continued to use the phone while crossing the road! The mistake it was. While I managed to see the cars and tried to make sure that they had stopped before I crossed the road, there was a cyclist on a bicycle but I did not see him! Then a collision happened. Both myself and the cyclist fell onto the ground, so did the bicycle.

Yes, the lesson has been learnt. Please cross the road mindfully. Refrain from using mobile devices when crossing the road please.
Posted by oceanskies79 at 9/01/2011 09:37:00 pm 5 comments: