The Prague Castle is a UNESCO World Heritage site. It consists of palaces and buildings of various architectural styles, from Roman-style buildings from the 10th century through Gothic modification in the 14 century. 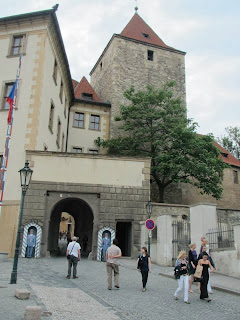 The Prague Castle is open daily from 05:00 - 24:00 in the summer season. Be prepared to walk quite a bit. A good pair of walking shoes will be essential when visiting the Prague Castle.

The views from the Prague Castle was breathtaking. I fell in love with Prague thanks to the lovely views. 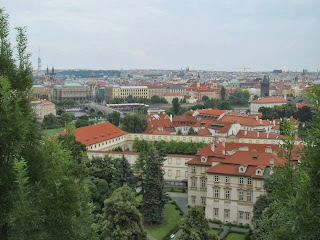 For reasons that I do not know, the St. Vitus Cathedral was closed by the time my friends and I reached at about 4.40 p.m. The best way I could get a glimpse of the interior of the cathedral was through a copy of the postcard that I have managed to get my hands on.

During my visit, I saw the guards of the Prague Castle from a relatively close distance. That was an unexpected pleasant surprise. 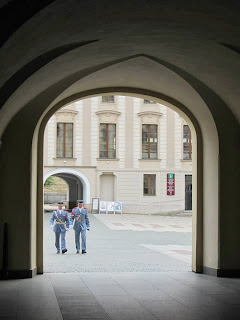 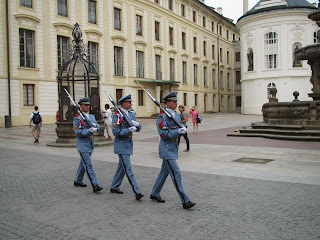 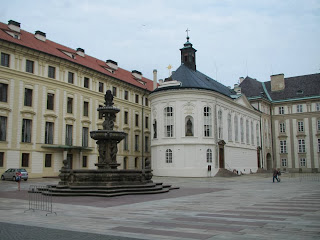 The visit to the Prague Castle felt as if it was a short one. Then again, I had left the place with the impression that it is one of the most beautiful castles that I have visited yet. 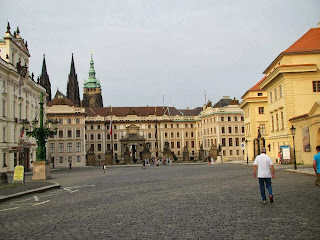 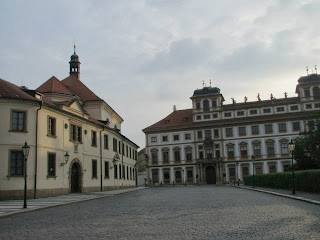 A beautiful evening that we had. Many thanks to my friends for leading the way to the castle and for their travelling companionship. 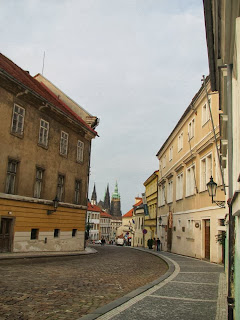 
A day of adventure started. I took it as an opportunity to learn about a new country and to spend time getting together with friends. 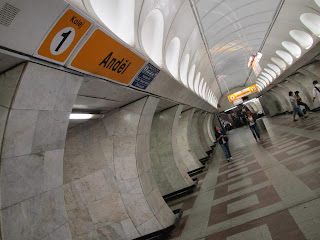 Getting to the platform of the train station nearest to the hotel where we stayed at proved to be a special challenge. Perhaps I was too used to taking lifts to avoid taking lengthy escalators, the lengthy escalator that would lead us to the train platform did not suit me well. Thankfully, with the kindness of my travelling mates who looked out for me, I managed the ride up and down the escalators. 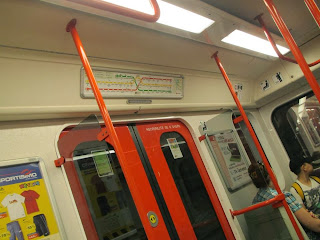 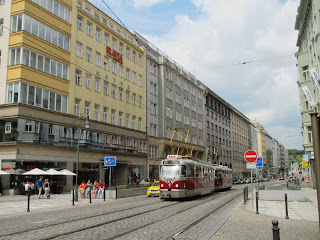 I was feeling thankful that it was a day of good weather. We were on our way for the Old Town Square. To get there, the metro stop would be Staromestska (line A). I felt very thankful that there were a few people in the group who have done their research to find the way to Old Town Square. While I had prepared sketchy directions to get there, those were last minute attempts just the day before the departure. On our way there, we passed by Powder Tower. 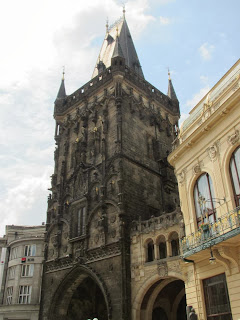 The Powder Tower, as I learnt much later, is one of the original 13 city gates in Old Town, Prague. It is a Gothic tower. While its history did not stick into my mind, I remembered it as a majestic tower.

The shops in Prague offered a different treats for my eyes than those in Singapore: Bohemia Crystal, Slavonic Art and more. At the Old Town Square, we saw many temporary market stalls being set up. There were stalls selling hand-crafted products. 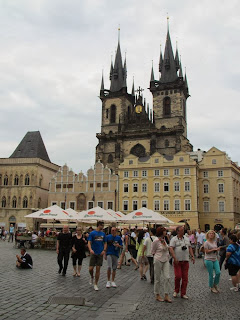 For lunch, I had goulash soup in one of the eating places, named Pizzeria - Cafe. I love the taste of the potatoes with the tomato flavoured soup base. 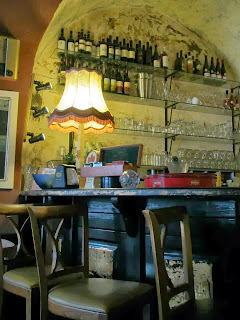 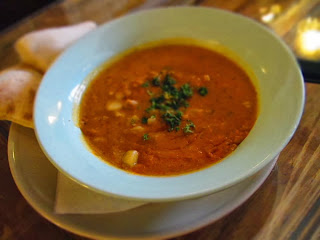 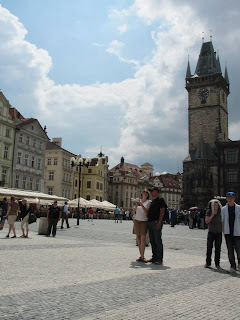 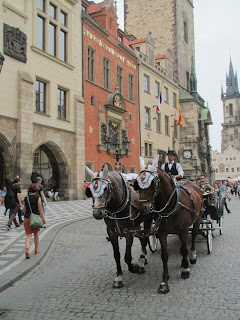 After exploring the Old Town Square, we walked to the Staromestska's metro train station to take a train ride. We were on our way to the Prague Castle. 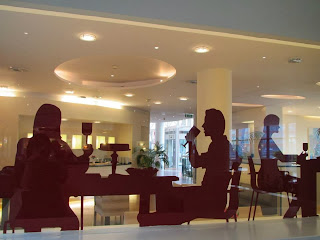 On our second day at Prague, I woke up pretty early to enjoy breakfast at Hotel NH Prague. I have a special liking for breakfast. A good breakfast marks a good start to any day! I soon learnt that breakfast at Hotel NH Prague was always worth looking forward for. The breakfast buffet provided a wide ranging choice of delicious and hearty food. I love the cereals and the serving of a variety of cheese. The company of good friends added joy to the morning routine of feasting on our breakfasts. 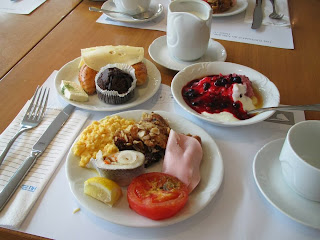 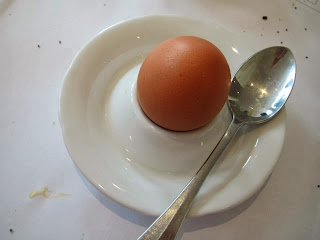 Sunrise took place as early as before 5 a.m. during summer in Prague, I was told. Yet, my body was possibly wanting a bit more rest from the long hours that was spent travelling from Singapore to Prague. I was not motivated to wake up early enough to walk to the Prague Castle to witness sunrise!

The plan for the morning was that where feasible, each section was to organise our own sectionals. In the end, since my section did not have double basses to practise on while we were in Prague, we did not have sectionals. I learnt that other sections had sectionals at the nearby public spaces near the hotel. It possibly did not prove to be the best idea for the residents living nearby and the lesson was learnt. Other sections probably met in their hotel rooms. I wonder if it would be a great idea to build hotels with facilities meant for travelling musicians who would like to rehearse during their free idea? I would prefer such facilities to swimming pools.

Anyway, close to noon, a group of us set off to explore Prague. Before I reveal more, here are photos to give a sneak preview of what we saw on our way to the nearest train station. The fruits at the nearby market place were extremely fresh!

I felt thankful for a lovely morning! 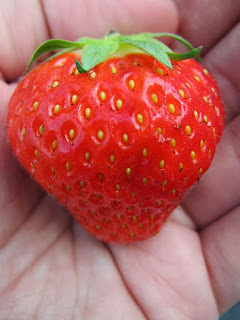 Yours truly will be performing in this concert. Hope to see you there. 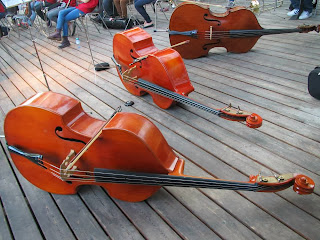 Read: Gawain's Reflections in the light

I was looking for Gawain's Developing Intuition in the library. It was not available in the library that I was looking at so I borrowed another title by Shakti Gawain. Reflections in the Light contains material excerpted from her books, Creative Visualization and Living in the Light. It is intended to be a book with inspirational messages to trigger the reader's own thoughts and ideas.

Each of the daily entry ends with an affirmation. It may come handy as a daily companion. I wonder if I have overwhelmed myself too much by reading it from cover to cover in less than two weeks like a book? Neverthless, it was a comforting read.
Posted by oceanskies79 at 1/03/2014 09:08:00 pm No comments: