The mesmerising Bund of Shanghai

I shall continue to blog about my trip in May 2010 to selected parts of China.

After a day at the Xitang Water Town, the tour bus led us to Shanghai. Shanghai, I was told, is a densely populated city. One of the stops of the tour was Nanjing Road, which I was told is the main shopping street of Shanghai. I was not in the mood to shop and left the street pretty much empty-handed. It seems that one can find almost about anything in Shanghai as it is a global city where trade and commerce flourishes.

We had dinner at one of the restaurants in Shanghai. However, I can't remember the name of the restaurant. The company for dinner was great. In addition, there was enough vegetables served during the dinner to keep me very contented. 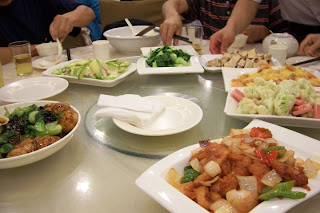 After the dinner, the tour group were led to The Bund (外滩). The night looked especially mesmerising when one is at The Bund. Many of the interesting architecture in Shanghai can be seen along The Bund. Our dear tour guide gave us a succinct account of the history of The Bund and many anecdotes. One of the anecdotes was about why the Old Bank of China Building in Shanghai did not become the highest building at the time of its construction. I beg your pardon that I was so caught up in experiencing the cool breeze at The Bund, that I did not memorise every single word that the tour guide has shared. 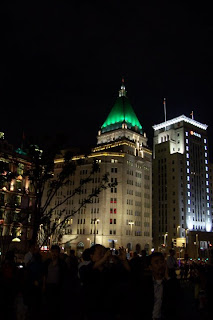 Many visitors to The Bund would also look across to the other bank of the river. The Oriental Pearl Tower
( 东方明珠电视塔) stood right at the other side of the river. One thing for sure, I realised that there is talents galore in Shanghai, and Shanghai is a very advanced and modernised city because of the talented people who have contributed to make it a success. After the visit to The Bund, the tour group took a journey to a sub-urban part of Shanghai. Due to the World Expo 2010 held at Shanghai, most of the hotels in Shanghai have high occupancy rates. Whatever it was, I was contented to have a room to retire for the night. 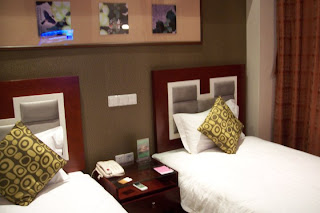