A visit to the Shanghai World Financial Centre

This is considered a long overdued post as I had visited Shanghai sometime in May this year. I shall attempt to focus on the essence of my short visit to Shanghai. For readers who wish to read about the World Expo 2010, please refer to my earlier posts, please click on this link.

It was 18 May 2010, after breakfast at the hotel, the tour group were led to the Shanghai World Financial Centre. It is an impressive skyscraper with three observatory decks. The skies were rather hazy during my visit and while I could not see much from the observatory decks, I suppose the thrill was to be on a very tall skyscraper. 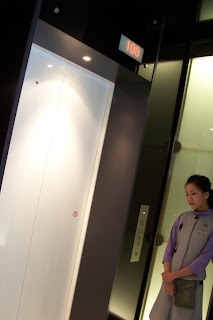 Visitors have to take a few elevators and escalators so as to reach what is currently the tallest observation deck in the world, that stands at 474 m (1,555 ft) above ground level. If I could remember correctly, the Shanghai World Financial Centre is a 101-storey building. 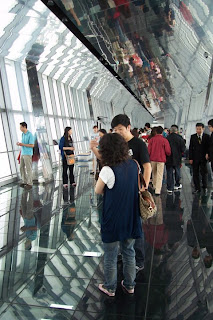 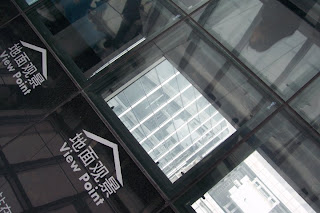 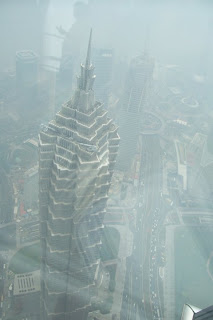 To have an idea how hazy the skies of Shanghai were on that day of my visit, here is a snapshot that I had taken from one of the observatory decks. The building that is prominently featured in the above snapshot is the Jin Mao Tower.

As I am writing this post, I realised I was possibly looking at lots of clouds when I looked down from the Shanghai World Financial Centre. If not, I was probably looking at fogs created from the emitted gases from the industrialised Shanghai? 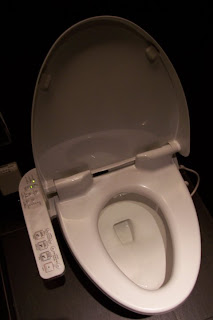 If I had known that there was a post office at the Shanghai World Financial Centre, I might have penned on a couple of postcards and sent some of them via post. Anyway, time was limited and I decided to use that limited time to catch some shots of the The Oriental Pearl Tower from the Shanghai World Financial Centre. To be honest, I was more fascinated with the beauty of the flowers nearby since visibility was low that day due to the foggy skies. 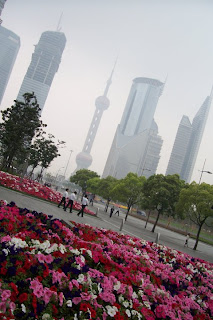 oh yes, when I was @ Zhuhai, I was and still am already amazed with the toilet bowl! But it's not as high-tech as the one you posted here... still, I din expect China to have this sorta thing, esp when we dun hv it in Singapore! :P

Pinkie: Thanks for sharing about your experience at zhuhai.
One thing that I have learnt from this trip to China was that China does have the resources to make things happen (don't underestimate it). Shanghai is way more resourceful than Singapore in a number of ways.