Peep into the former Supreme Court and City Hall building 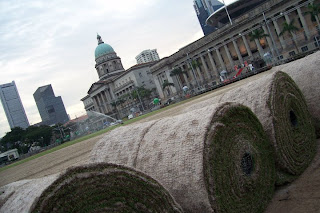 I had the pleasure to visit the former Supreme Court and City Hall building for a couple of times the last weekend. These two buildings are two national monuments with rich history.

Last Saturday, I had the pleasure to watch a premiere screening of Victric Thng's Elegy for a Matron as well as the charming Hong Kong classic film Moon Over Malaya that was filmed in the 1950s in Singapore and Malaya. I was most fascinated when I caught glimpses of Clifford Pier and many parts of good old Singapore in the 1950s. 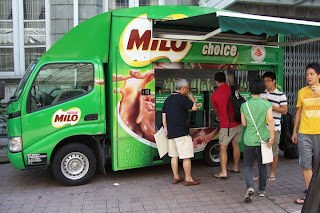 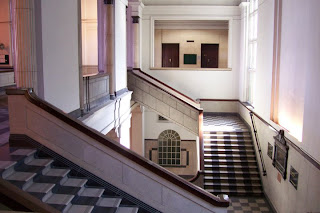 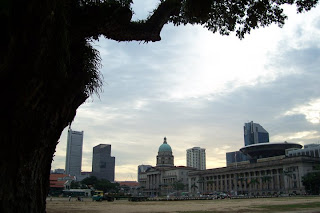 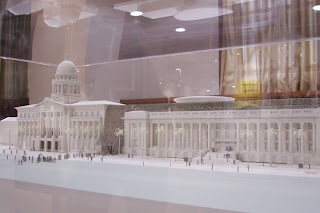 Many thanks to the National Art Gallery Singapore for making the Open House possible. Due to popular demand, one can still visit and tour the former Supreme Court and City Hall building this weekend (16 and 17 Oct 2010). Self-guided tours are available for those who have yet to register, from 10 a.m. - 6 p.m. Be prepared to head for these two national monuments this weekend, before they undergo transformation into the National Art Gallery Singapore.

I'll be there this Sat with kiddos :)

We walked past the building during late nights when my friends and I took a stroll along the Esplanade. I wanted to go there and take pics, but my friends who were quite exhausted from a whole day of walking prompted me to give up my plan. I love the dome of the building... Very classically European. :)