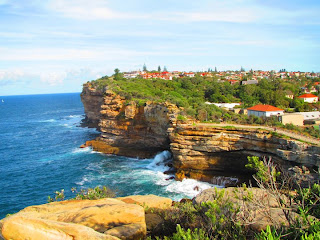 6 May 2011 (Fri): Travelling with my mother posed to me the interesting challenge of planning the itinerary such that the trip would be enjoyable for both myself and my mother. At the same time, I have to be mindful not to choose activities that may be too physically demanding of her. 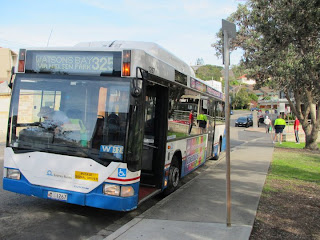 After our visit to Lyne Park, Rose Bay, my next most natural choice was Watsons Bay. My mother and I took a bus service number 325 to Watsons Bay. When we reached Watsons Bay, I led my mother to the Gap Park. That was my favourite part of Watsons Bay. I shall not aim to describe why I like it. I hope the photographs that I have taken would suffice to explain my liking for the Gap Park. The scenery is awesome. I was pleased that my mother shared the same sentiments. 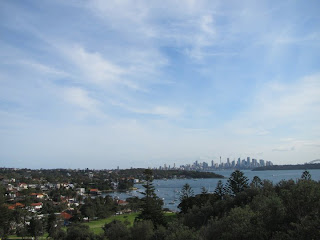 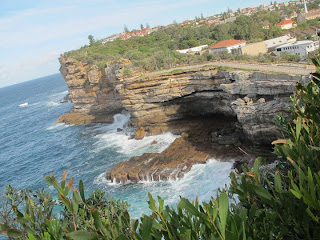 My mother told me that she liked the crashing waves against the rocks. The Gap Park offered a magnificent and breath-taking view. I felt humbled by the creations of Nature. The air at the Gap Park was very fresh too. Perhaps the crashing waves have contributed to the release of large amount of negative ions in the air making the air very fresh. I was inspired by the beauty of Watsons Bay and took some time to do a sketch. 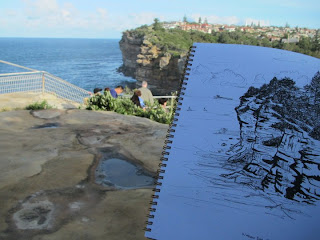 After I was done with the sketch, I led my mother towards the beach of Watsons Bay. On the way, I saw Dunbar House and the sturdy tree which I had sketched during my previous trip. Dunbar House has transformed and became more beautiful. I am not a botanist. Yet I would like to believe that the tree is growing strong thanks to the beautiful sunshine and fresh air of Watsons Bay. 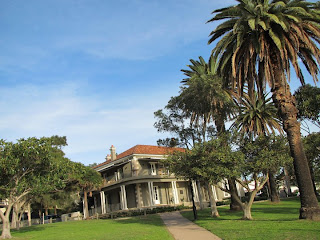 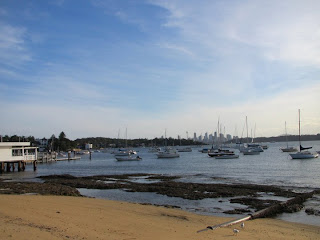 It has brought me positive memories to be at Watsons Bay again. A few friends have brought me to Watsons Bay on different occasions and visiting Watsons Bay reminded me of these wonderful friends. It is likely that if I had visited Sydney on my very own, I would have visited Watsons Bay more often even if it meant that I have less time to sight-see other places.


My mother and I had wanted to try some seafood at Doyles on the Beach, Watsons Bay, the site of Australia's first seafood restaurant. However, we wanted to catch the last ferry back to Circular Quay and it was rather early for dinner. Anyway, in event that you wish to dine at this restaurant, it is located at 11 Marine Parade, Watsons Bay. 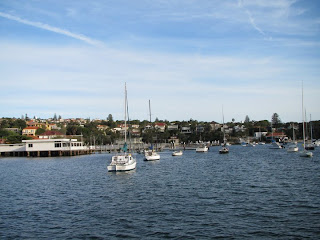 Great moments in life do not need a lot of money to be achieved. All that we would each need is an open mind and an open heart, isn't it?


Please also see: My visit to Sydney, May 2011
All the photos on this post were taken using a Canon Digital IXUS 1000HS camera.

WOw! Your sketches are really brilliant. I so need a trip now. What do you do for a living?

my escape AND if you are on Facebook, please help support my PHOTO ENTRY to win an iPAD for use in teaching. It only takes 2 simple steps. Thanks!

Hi Stan, thank you for your compliments. Wishing you all the best in your photo entry contest.

I'll reserve the right not to disclose what I do for a living here please. Best wishes.