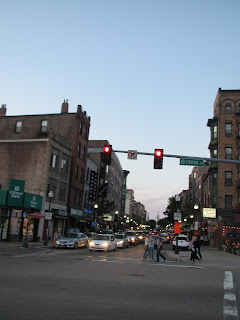 A feeling of loss caught up on me on 24 June 2014. It was my final night in Boston, at least for the month of June 2015. My feet were tired from extensive travelling yet my heart wanted to explore as much of Boston as I could. 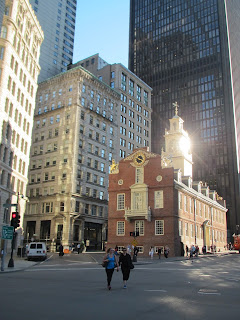 I did not share that before deciding to have dinner at the Union Oyster House, I was at a total loss of directions searching for the James Hook Lobster restaurant. I had wanted to sample its lobster roll only to realized that James Hook Lobster restaurant was closed for the day. After which, I decided to head for Union Oyster House yet I did not quite want to refer to the map too much. I ended up walking rather randomly near and along the Freedom Trail, feeling absolutely tired and directionless. Only when I found my way to Union Oyster House and sat down to order dinner, I felt a sense of relief that finally my feet could rest. 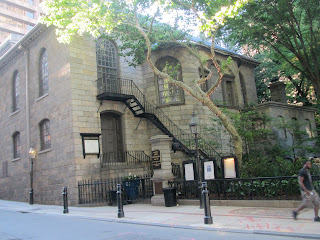 Perhaps I was doing too much to manage a sense of loss that had to do with bidding goodbye to Boston, after dinner at Union Oyster House, I roamed almost randomly and cluelessly up to North End, walked along Hanover Street, witnessed many people queuing at Mike's Pastry and wondered what I have missed. Maybe all I needed was rest?

On my way back to the hostel, I met a gentleman called John who was asking for a donation. After acceding to the request, I asked for directions to South Station and when he told me the way, my gut-feeling was that it was such a longer way back to the hostel. I would have been better off taking a train from North Station. In the end, I walked most of the way back to the hostel. The experience was a reminder to trust my own judgement more when it comes to navigating my way about. Even though I was a mere new visitor to Boston, my instincts had proven to be serving me quite well. 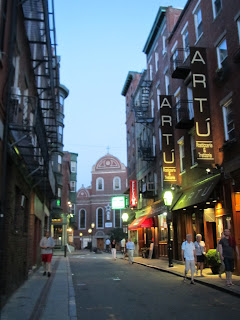 I wondered what my heart was urging me to do?

An evening without a clear sense of direction yet I saw some beautiful sights along the way. I learnt I do not like the feeling of navigating in uncertainty when I am physically tired. Yet with faith, I managed to see some interesting sights, kept myself safe and got to know Boston better. Maybe even if the journey felt challenging, the outcome could be better than expected?
Posted by oceanskies79 at 10/27/2015 06:08:00 pm