A break from the city: Kampong Lorong Buangkok 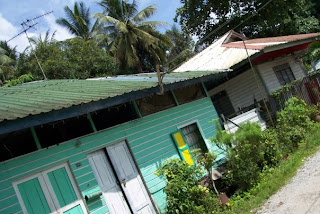 Eastcoastlife has a most creative way to celebrate yours truly's birthday, and that was to take yours truly to a kampong (village) and farms in the rural area of Singapore. It was a refreshing break from city life for yours truly. Many thanks to Eastcoastlife and her husband for their time and thoughtfulness.

17 May 2009: For the special trip to the rural parts of Singapore, we visited Kampong Lorong Buangkok first.

This village is possibly the last surviving village on the main island of Singapore. Blogger, Victor Koo, wrote a blog-post on Kampong Lorong Buangkok quite a while ago.

The weather was bright and sunny that day. It may not be a kind weather for folks who would prefer shade and breeze. However, it was a great day for photography. 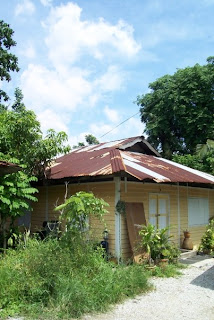 The village, was possibly a Malay village from the structure of most of the houses in the village. At the very least, when I showed the photos that I had taken that day to my maternal grandmother, she claimed that the houses were of the Malays. To better appreciate how is it that there could be different kinds of villages, I would suggest that readers please read More than 1 type of kampong in Singapore found on the blog Good Morning Yesterday. Frankly speaking, yours truly would need quite a bit of help to tell the difference between a Malay village and a Chinese village. How does one do so with mastery? 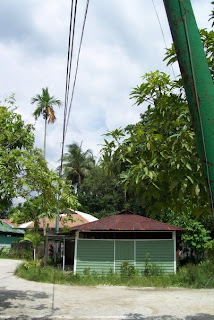 I have made a couple of observations while I was at Kampong Lorong Buangkok. There was a sense of community spirit in the community. I saw for myself how one of the families shared part of its food with another family which is living in the same village. It appeared to me that to some extent, people look out for each other.

I also took note that although internet access was possibly not easily available in the village, the fresh air and the large spaces of land in the village probably make up for the lack of easy access to modern-day convenience. The plants in the village acted like air-conditioners to help make the environment a little more cool and less hot.

While I was at Kampong Lorong Buangkok, Eastcoastlife pointed me to two of the houses which looked relatively new. I wonder how much it would take to build and rent a simple house there?

Life itself can be simple. 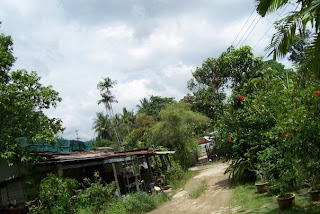 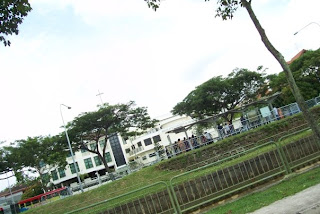 OMG! I have no idea that we still have kampongs in SIN! I wonder if they own the land just like any private landed property and they pay taxes also?

I like your statement 'Life itself can be simple'.

Pinkie: Yes, we do. Thanks to Eastcoastlife for giving me the directions and getting me there! The place is not as remote as I had thought.

It is a private landed property. I suppose the owner does pay tax, but I don't know about the tenants. Most are tenants.....

I prefer life to be simple.

Glad you enjoy the tour of our rural countryside. :)

I love going up to the North. A change from city life.

Eastcoastlife: Thank you for being my travel companion and bringing me there.