A fairly new local walking tour to check out 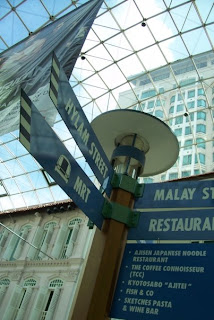 Friends who know me well enough would have realised that I have a liking to tour Singapore. Is there so much to visit in Singapore? Why not? There is still a lot to learn about Singapore even if many things seem to be so familiar already (that we could take for granted).

On my birthday recently, I went for a walking tour by the Society of Tourist Guide. The tour was named Hainan Kopi Tales. The key reason to go for this walking tour is that I am a Hainanese, and in fact, my parents and grandparents are too. Yet I realised I need to know a bit more, so I decided to go for the tour. 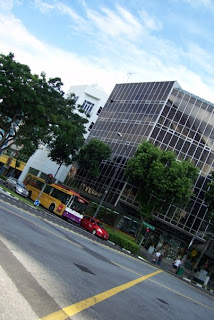 It gave me a better appreciation of the lives of the Hainanese immigrants who came to Singapore before the 1960s. After the tour, I have learnt more about the context that have led people to refer Purvis Street as The Second Street of the Hainanese. Then, the connotations that my elders had used to refer to some parts of Singapore starts to make more sense. 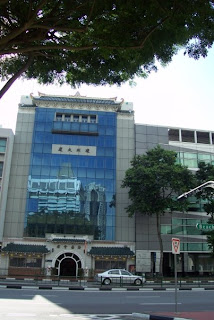 The Singapore Hainan Hwee Kuan (Hainan Clan Association) is an essential place to visit for such a walking tour that is about the Hainanese community in Singapore. Admittedly, I had visited it a few times, and on one occasion, I had visited it while I was on another walking tour in Mandarin led by Mr Han Tan Juan. Anyway, inside the Singapore Hainan Hwee Kuan is a Chinese temple that is dedicated to the Goddess of the Sea.

According to a source from SingaporeInfopedia, this Chinese temple, as well as the clan associaton, was "first built in 1857 in three adjoining shophouses at No. 6 Malabar Street. It moved to its present location along Beach Road in 1878 and later underwent renovations in 1963." As best as I could make out from another SingaporeInfopedia article, Malabar Street connects Middle Road and Malay Street. 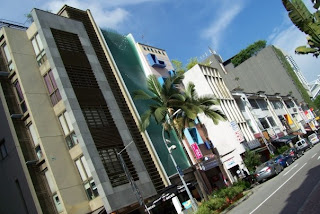 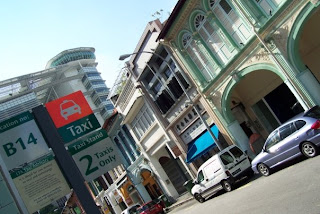 By the way, the famous cocktail, Singapore Sling, was concocted by a Hainanese, Ngiam Tong Boon, who was the bartender at Raffles Hotel's Long Bar. I suppose while the Hainanese is considered a minority Chinese dialect group in Singapore, they contribute in their own ways too. 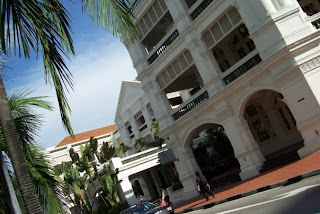 Walking tours like Hainan Kopi Tales give one a deeper appreciation to Singapore and the various communities living in Singapore. I have learnt a couple of interesting things about the Hainanese community after the tour.

Information about the walking tour, Hainan Kopi Tales, can be found on: http://www.societyoftouristguides.org.sg/home.htm. Advanced booking to the tour is required.
Posted by oceanskies79 at 5/11/2009 08:15:00 am

a totally fulfilling walk, coupled with more information from your maternal grandma and elders, you will have a firmer foundation of your heritage.
you're going to show them pics of your walk? i am sure they will be happy to see how the places have developed.

i just love walking tours cos only this way you can really feel and breath the air of a place.
New York City Walking Tours