A visit to Battle Box 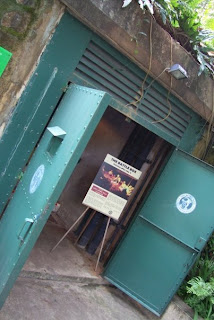 According to Singapore infopedia, "The Battle Box was built in 1936 to serve as the nerve-centre for British Military operations in the Far East during World War II." This place was of historical significance because it was at the Battle Box that Lieutenant General Percival and key officers made the decision to surrender to the invading Japanese forces on 15 February 1942.

The decision to surrender could be attributed to a perceived lack of petrol and water supplies. What would history be like, if the decision had been not to surrender? 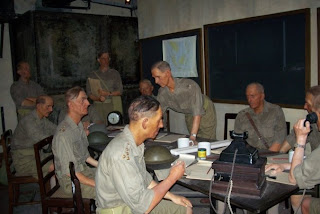 Other than visiting the Surrender Chambers to watch the recreation of the conference that had been carried out during that fateful day of 15 February 1942, I was particularly fascinated being in an underground military complex. I wondered what has made people think about making a military complex underground.

While I know that not everyone would appreciate the Battle Box as much as I would, I would still nevertheless recommend a visit to the Battle Box to anyone who is keen to learn about World War II history that had taken place at this part of the world.

***
Visitors' Information:
The Battle Box operates from 10 a.m. - 6 p.m. daily. The last admission is at 5 p.m. For information on the admission charges and so forth, please visit this site.