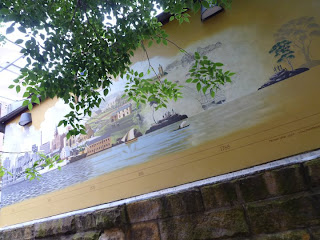 When The Rocks Walking Tour started at 10.30 a.m., our tour guide led us to a special wall mural found at the Rocks area, on the way to Cadman's Cottage. She explained how the wall mural gave an overview to the history of The Rocks area. The mural showed glimpses of the local indigenous people before any European settlers set foot on Australia. It further depicted the days when the first European inhabitants arrived at The Rocks in 1788 and subsequently began the story of British Australia. One part of the mural was painted in shades of grey as it represented the completion of the Sydney Harbour Bridge during the Great Depression.

The tour guide subsequently shared with us about the history of Sydney. What I can remember was that in 1788, Captain Arthur Philip had originally landed at Botany Bay, which was sighted by Captain James Cook in 1770. However, Arthur Philip who was later appointed the first Governor of North South Wales found Botany Bay unsuitable for inhabitation and subsequently moved northwards to Sydney Cove at Port Jackson. I vaguely remembered that Sydney Cove was chosen because of the steady supplies of freshwater. So my ears were tuning in as best as I could when our dear tour guide pointed to the direction where there was a steady source of freshwater back in the days of 1788. Check out this tour to find out the answer. 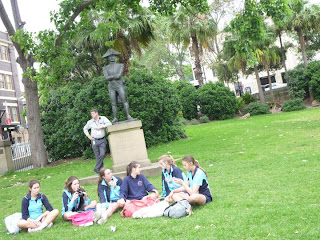 At The Rocks area, we of course had to learn about the rocks that gave this place its unique name. The Rocks is closely associated with sandstone which is predominantly found in Sydney. During the days of the early European settlement at Sydney Cove, buildings and many public infrastructure were largely carved out from sandstone. We were also introduced briefly to politics of the earlier days of the British colony of Australia. Vice Admiral, William Bligh, whose sculpture is shown on the photograph above, was the fourth governor of New South Wales. William Bligh was later succeeded by Lachlan Macquarie.

From a tourist point of view, the fifth governor of New South Wales, Major-General Macquarie, seemed to have made quite a lot of contributions to Sydney since I seem to notice that a number of places and establishments in Sydney were named after him and his wife, Elizabeth. 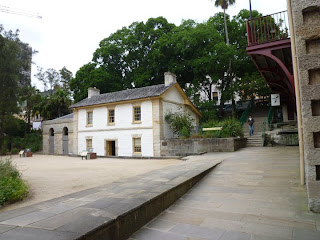 Onboard the first European fleet that brought the first European inhabitants to Sydney were convicts. For some of them, the journey to Sydney could offer a glimpse of hope to eventual freedom. At Cadman's Cottage, our dedicated tour guide shared with us the story of John Cadman and the Cadman's Cottage. This building is possibly one of the oldest buildings on mainland Australia. 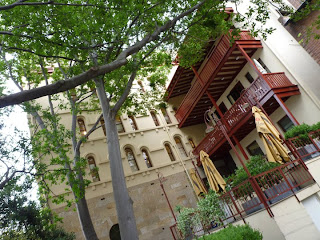 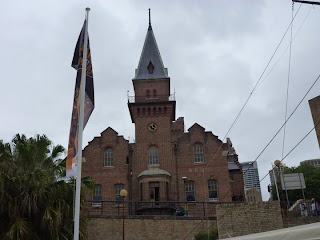 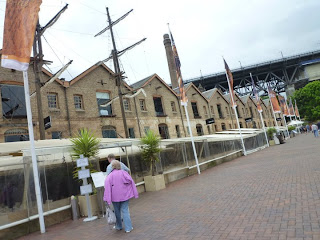 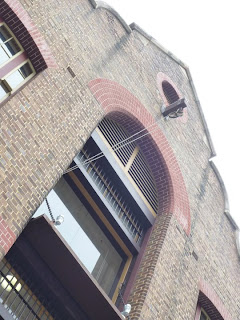 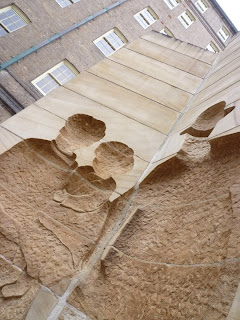 I was grateful that the people of Australia has the foresight to preserve such a historical place like The Rocks. Then, I found out that the preservation of the place had not come easy. There was one point in time when the state government had the intention of demolishing all the original buildings on The Rocks and re-developing them as high-density residential dwellings. Thank goodness to the courage and vision of a group of local residents who fought for the preservation of the area, The Rocks, a precious part of Sydney's and Australia's heritage was saved for future generations to see. 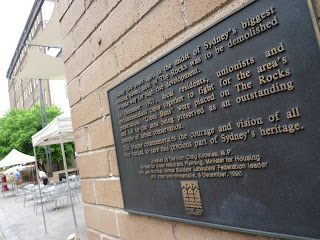 Today, I was told that The Rocks area is an area under conservation. Private development is not allowed at the area so most of the infrastructure that one can find at The Rocks were likely to be owned by the government. 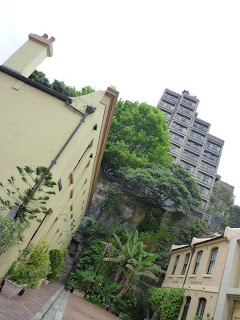 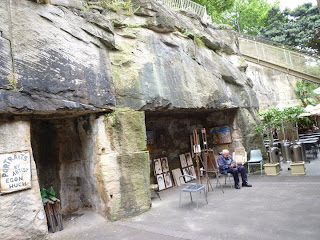 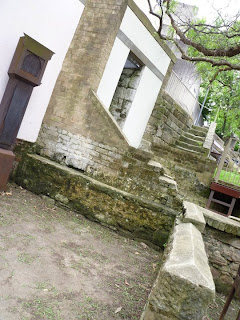 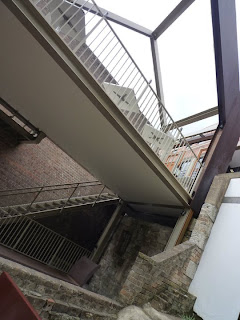 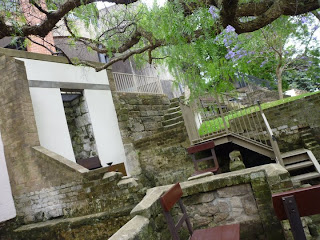 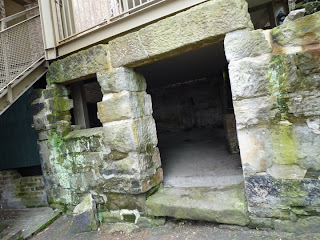 I was feeling happy that I could at least know bits and pieces of Sydney's history. With the knowledge of its Sydney, its present became more meaningful to me because I could at least appreciate how it arrived at where it is today from its past. The Rocks Walking Tour is one tour that I would recommend to visitors and residents of Sydney who would like a glimpse of the history of The Rocks in an experiential way. The guides are knowledgeable and friendly. In addition, the informative and engaging tour adds depth to my experiences at the Rocks. At AUS$30 per adult, I felt it was worth every bit of my investment of time and tour fees.

****
People and moments that I am grateful for:
1) I am grateful for the good weather.
2) I am thankful for a friendly and knowledgeable tour guide who gave me good insights to the history of The Rocks area in just two hours.
3) I am deeply grateful to the people who have had the vision and courage to lobby for the preservation of The Rocks for the future generations to see.

New things that I did:
1) I have completed The Rocks Walking Tour for the first time in my life!

My learning points:
History is precious. It preservation cannot be taken for granted.