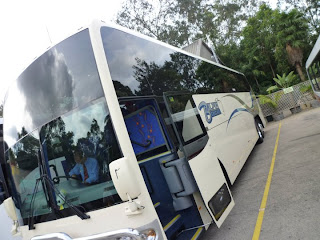 I had an option to return to Sydney City via one of the Captain Cook's Cruises along the Parramatta River or via the coach. Steve was such a great driver and guide that I felt tempted to remain onboard the coach. However, the thought of travelling on a cruise along the Parramatta River was more enticing since I could not do so when I am back in Singapore. To take the optional Captain Cook's cruise, each passenger would have to pay an additional AUS$7.

The Parramatta River "begins at confluence of Toongabbie Creek and Darling Mills Creek west of Parramatta and travels in an easterly direction to a line between Greenwich Point, Greenwich, and Robinsons Point, Birchgrove. Here it flows into Port Jackson, still about 21 km from the ocean". 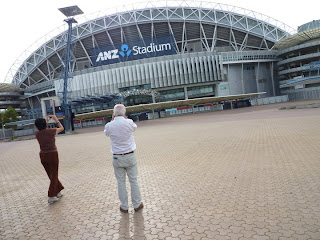 The coach then brought us to the Olympic Park wharf. Boarding the Captain Cook Cruises took some time. I managed to get a seat next to a nice couple in their golden years. I was enjoying the ride on the cruise and the treat to some beautiful sceneries along the Parramatta River. 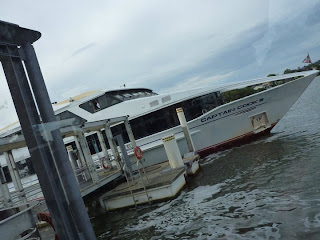 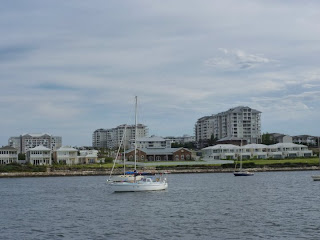 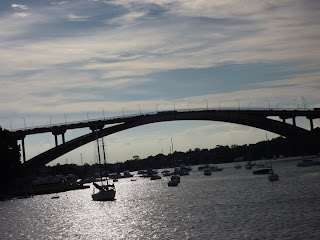 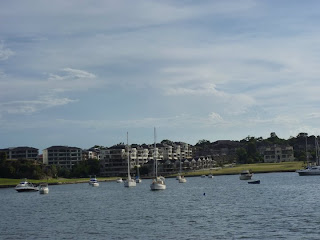 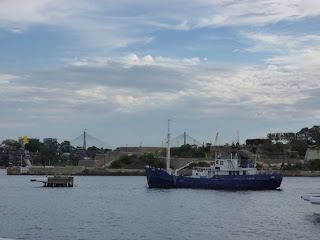 While enjoying the cruise, I had one major concern. I had arranged to meet one of my friends at her place at 6.30 p.m. for dinner. I saw the Sydney Tower at a distance and had thought I would reach Circular Quay by 6.10 p.m. or so. However, I was very wrong. It took me more than half-an-hour to reach Circular Quay because the cruise would stop at Darling Harbour first. Since I had made the choice to travel back to Sydney city by cruise, I had to bear with the consequences that came with it. Admittedly, I did not like to be late. I had thought that there would have been enough time to reach Sydney city by cruise. I guess that was my lesson learnt. Nevertheless, I mustered enough tolerance for my miscalculation so that I could at the very least enjoy the beauty of the Parramatta River onboard the cruise. 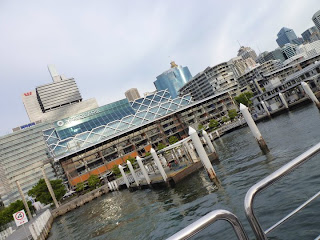 I cannot remember what time it was when the cruise left Darling Harbour but I was certainly going to be late for my dinner appointment with my friend. Anyway, it was when the cruise left Darling Harbour when I caught sight of a fellow Singaporeans onboard. We had met each other the day before on the Port Stephens tour. She had wanted to alight at Darling Harbour but she did not know that she had missed it. So, I decided to distract her by showing her how beautiful the Harbour Bridge is when the cruise came close enough to the Harbour Bridge. I suppose I have learnt that if something has happened and is beyond our control to reverse the situation, the next best option is to be present to experience what is at hand. 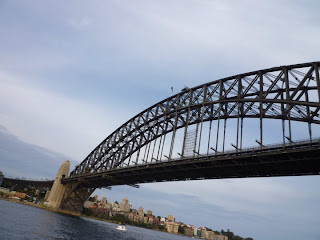 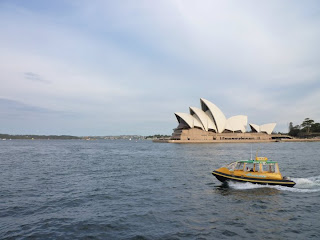 Even though I felt apologetically pretty late for my dinner appointment, I felt happy to be able to cruise along the Parramatta River. It was not an everyday affair that I could cruise along the Parramatta River, and I treasure the experience. I trust that I would later be grateful for an understanding friend who would trust that I had seriously made an honest mistake as I was too enthuasiastic as a tourist.

****
People and moments that I am grateful for:
1) Despite being late for dinner, I was at the very least able to arrive at Circular Quay safe and sound.
2) Thankfully, I know I have an understanding friend who would forgive me for being late for our dinner appointment. I hope this will be the first and very last time.

My learning points:
1) I practised not to take myself too seriously, especially when I make mistakes that I did not intend to make.
2) I practised being present to the beauty of the Parramatta River although I was pretty bothered by the fact that I would be late for my dinner appointment.
3) I have learnt that if something has happened and is beyond our control to reverse the situation, the next best option is to be present to experience what is at hand.

'mustered tolerance for the miscalculation' - this is good... to be forgiving to oneself. Wish I can learn that from you. Thanks for sharing.

Pinkie: Thanks for your encouragement. It was rather challenging for I had to deal with the anxieties of being late! :P