Assisi: The beauty of a medieval town


Assisi is a beautiful medieval town in the Umbria region, Central Italy. Assisi appears to be closely associated with Saint Francis, who was born Giovanni Francesco di Bernardone. He was an Italian Catholic friar and preacher who founded the Franciscan religious order in Assisi in 1208. 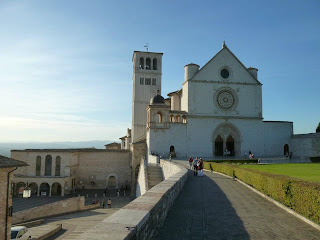 St Francis is buried at the site of the Basilica di San Francesco that is located in Assisi. The basilica that begun in 1228 is one of the great Christian shrines. A great number of pilgrims visit the basilica throughout the year. At the Basilica, one will find the tomb of St Francis in the crypt.

It appears that lovers of frescoes will delight in the visual treasures that they will see at this Basilica.
Architecturally wise, visitors could take notice that the rose window of the facade reflected the styles of early Italian Gothic. This Basilica is often visited by pilgrims. 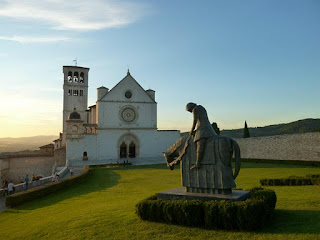 St Mary of the Angels 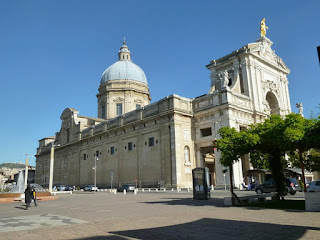 
The ambience of St Mary of the Angels is peaceful and tranquil.

Piazza del Comune
Situated in the city of the city of Assisi, this square is the social, cultural and political centre of Assisi. Make time to admire the Foro Romano (Roman forum), the Torre del Popolo (Tower of the People, Minerva's Temple (Temple of Minerva) and the fountain built by Giovanni Martinucci in 1762. 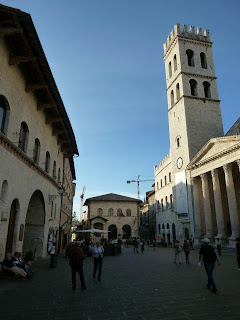 Via Portica
This street leads to St Francis Basilica. It is a beautiful street, especially in the evening. 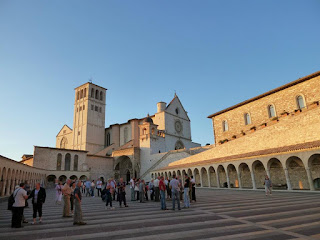 Assisi is a tranquil medieval town. There, I have experienced a sense of peace. It is a place with good vibes.

definitely a charming little town, with a rich history to match.

It has such charms. Wish I could live in such a place for a while and experience the lifestyle.

kyh: I agree with you that small towns at times have more allure.

EastCoastLife: May you have a chance to visit this place.

It is indeed a very beautiful place or town. Every corner of that place is fascinating and have a breathtaking views. I want to visit that place again.