Snapshots from my visit to World Expo 2010 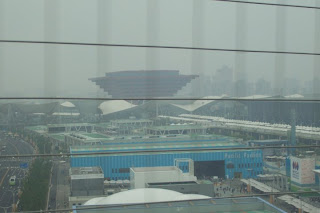 In the month of May 2010, my mother and I visited selected parts of China with a tour group. We arranged to be in the same tour group as one of good friends, SY, and her family. This was a 8-days tour. The tour brought us to the following parts of China: Wuxi, Suzhou, Nanjing, Hangzhou, Xi Tang and Shanghai. Also included in this tour is a one-day visit to the World EXPO 2010 Shanghai China.

The World Expo 2010 Shanghai China is held from 1 May 2010 to 31 Oct 2010 on both banks of the Huangpu River in the city of Shanghai, China. The theme of Expo 2010 is "Better City, Better Life". This theme seeks to represent "the common wish of the whole humankind for a better living in future urban environments" (source: http://en.expo2010.cn). Visitors can expect to be introduced to the latest green technologies for a sustainable urban life. In addition, visitors can have a glimpse of what our future cities may look like.

The largest Expo in history, there are a total of 189 countries and 57 international organisations participating in the World Expo 2010 Shanghai China (source: http://www.bie-paris.org/site). Please be prepared to be patient and spend some time queueing as it is expected that there will be 70 million visitors visiting this event. 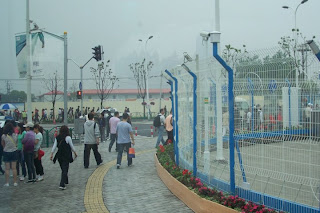 This photo was taken at about 8.10 a.m. and
our tour bus was already near one of the designated entry points.


Our tour group set off from our hotel as early as 7.30 a.m. and by the time we reached the entry point at about 8.10 a.m., there were already crowds of people queueing up to wait for their turn to enter the premises. Admission into the World Expo 2010 Shanghai China starts at 9.00 a.m. Visitors need to clear the security checkpoints before they are allowed into the premises of the World Expo. Beverages are generally not allowed to be brought into the premises. Visitors may however bring an empty water-bottle and refill it at one of the many water-coolers found inside the premises. 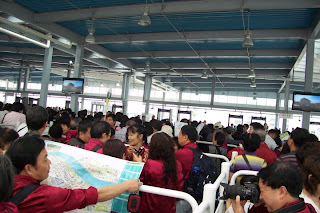 Waiting to enter the premises of the World Expo.


While there are many eateries and food stalls available in the World Expo 2010 premises, it is recommended that visitors could bring along some bread or dried food so that they could have something to munch on should they be hungry while they are in the middle of a queue.

It was spring season when I visited the World Expo 2010 in May. There were comparatively limited number of trees and sheltered walkways in the vicinity. Many of the times, visitors would either be walking under the sun to travel from one pavilion to another, or be queueing under the sun. As such, our professional and dedicated tour guide recommended that visitors wear a cap or a hat, bring along an umbrella, and put on sunblock lotion. Thankfully, I listened to the tour guide's recommendations.

The toilets at the World Expo 2010 are relatively clean and equipped with the necessary amenities. Interestingly, I noticed that the toilet rolls and paper hand-towels are made from recycled paper pulps. 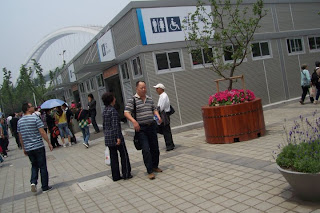 Please prepared to walk a lot if you are visiting the World Expo 2010. Walking is by far the cheapest and best way to view the various pavilions found in the premises. For those who prefer to travel within the pavilions by other means, there are free public buses that shuttle visitors from one zone of the premises to another. These public buses are however usually crowded, I was told. There are also special vehicles that will transport visitors to their specified point at 10 RMB per person per trip.

In the meantime, please enjoy some of the snapshots from my one-day visit to the World Expo 2010. 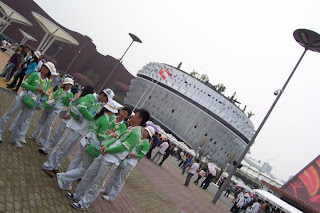 Singapore Pavilion, and
the World Expo 2010 volunteers in green shirts. 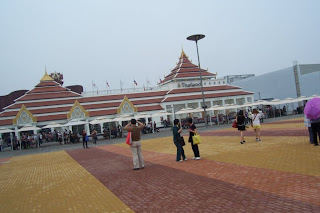 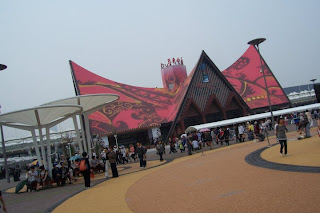 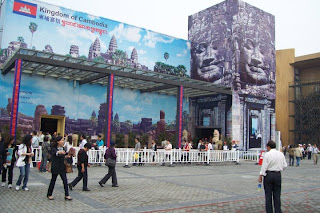 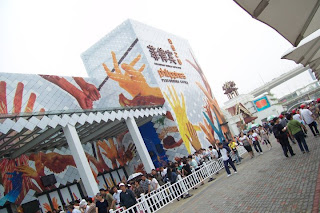 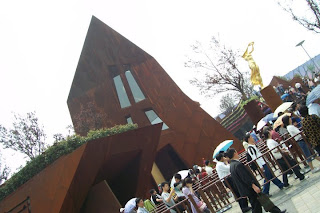 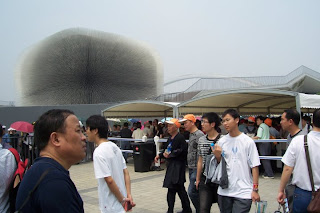 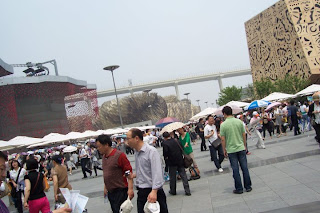 Switzerland Pavilion on the left.
Spain Pavilion in the center of the background. 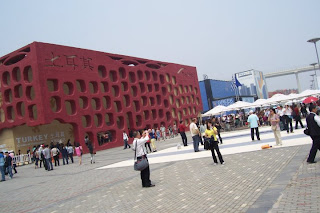 The red building is the Turkey Pavilion. 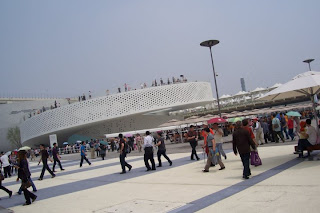 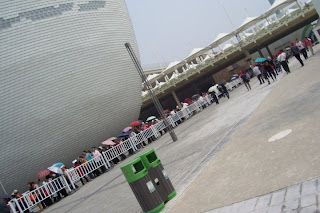 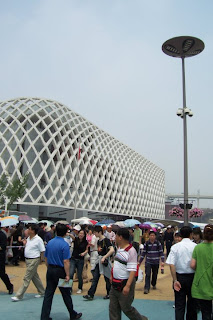 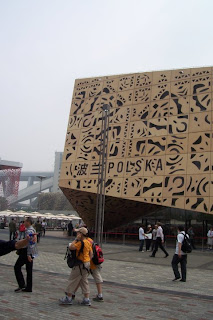 ***
If you like this post, please also read Cooler Insight's post on his visit to World Expo 2010. It has some very nice photos: A Visual Tour of Shanghai World Expo.