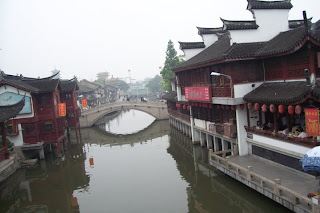 If you have been reading the posts about my visit with my mother to Shanghai and peripheral cities, you may have realised that I would have preferred travelling on a free-and-easy style.

Whatever it is, I shall share one of the final legs of my trip to Shanghai and the peripheral cities here. I hope that many years later when I look back at this trip, I would have a record of the positive moments to reminisce about. 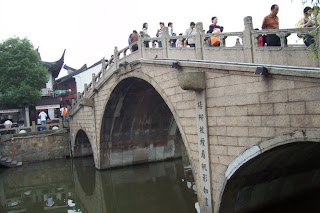 It was 20 May 2010, there was an additional trip to Qibao Old Town. According to the tour guide, the tour group had a complimentary of the tour-bus as a token of our appreciation for supporting the optional ERA performance.

I was told that Qibao Old Town is a very popular destination for the locals of Shanghai. Tourists will visit Chenghuang Temple, whereas locals find value-for-money items at the Qibao Old Temple. The word "Qibao" is literally translated into Chinese as "Seven Treasures". According to wikipedia, the word "Qibao" came from a local temple which is no longer in existence. 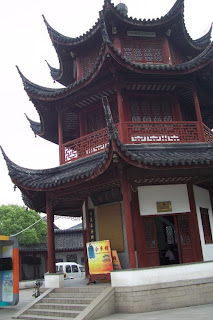 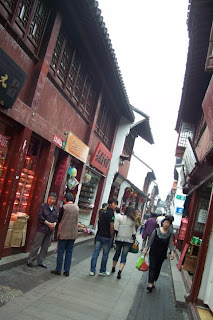 What I like about the Qibao Old Town is its general landscape. It is like an ancient water-town with many bridges and pavilions. The prices of the goods at Qibao Old Town were generally much cheaper than those from the city areas of Shanghai. 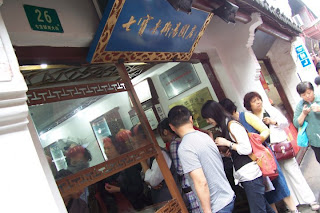 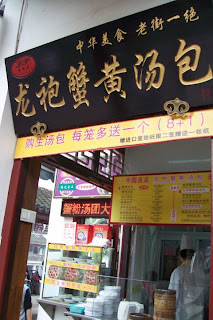 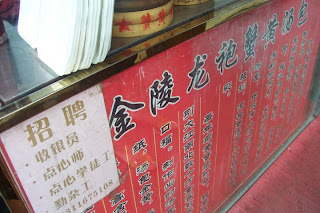 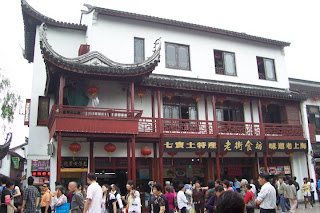 What a coincidence. Anyway, we know this was the stall to visit for xiaolongbao because the guide says so. I suppose the locals in Shanghai has a different perception of what is delicious compared to us.