One evening, when my mother and I were walking about Sydney's Chinatown, we saw a restaurant that had a long queue waiting for their turn to enjoy dinner. This food establishment was Mamak.

Curiosity led me to check out Mamak with my mother on the last day of my trip to Sydney. I suggested having lunch at Mamak and sensitively ensured that my suggestions were acted upon. 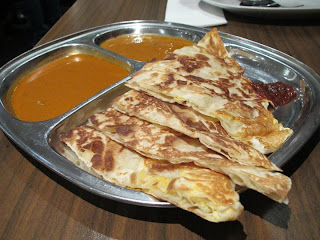 The egg roti was not crispy and did not quite taste like the roti prata with egg that I have had in Singapore. However, I must have been too biased to compare the food here with those in Singapore since Mamak is technically a food establishment that specialises in serving Malaysian cuisine. When we gave our feedback to one of the members of the staff, he gladly told us that if we prefer our roti to be crispy, we could state our requests when we order our food.

The curry sauce that came with the egg roti was wonderful. It has a nice taste of spices and was spicy with a fiery punch. The dhal was good too. 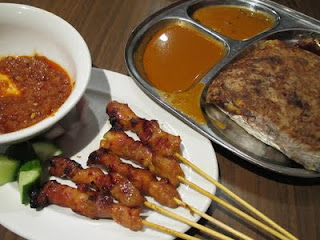 The murtabak was way better than the egg roti. I strongly recommend the murtabak. It was a dish that was worth waiting for. We waited for about 15 minutes for the murtabak to be served. It was simply delicious. 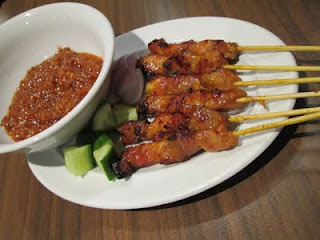 The peanut sauce meant to go along with the satay was a wonderful delight. I love the fact that there was chunks of cruncy peanut bits in the peanut sauce. My mother said that the satay meat was marinated in a different way from the satay meat that were served in Singapore. Obviously, you could tell that I seldom eat satay meat in Singapore to tell the difference. I was by default, a vegetable lover. 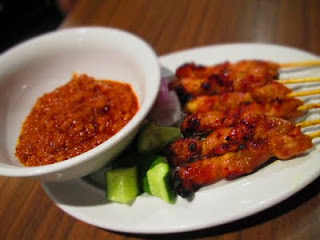 Overall, Mamak is a great place for a delightful meal with good service, nice ambience, and food that is served with pride and love.


Please also see: My visit to Sydney, May 2011
All the photos on this post were taken using a Canon Digital IXUS 1000HS camera.