A get-away at Pulau Ubin and Chek Jawa

Yours truly has been needing respite and time to rejuvenate. I am thankful that Nature has been the most generous provider. About a week ago, on a weekday, I was at Changi Beach to enjoy the morning breeze and to listen to the rejuvenating sounds of the waves. 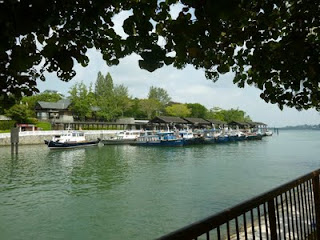 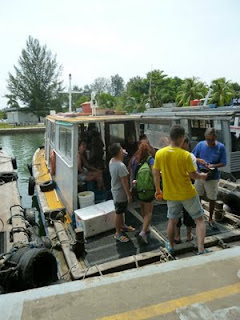 I learnt that Pulau Ubin means to "Granite Island" in Malay. This island is fairly small (10.19 km²) and is said to be "one of the last rural areas to be found in Singapore". 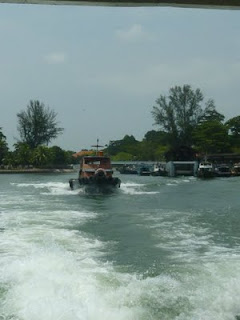 My initial plan was to simply enjoy some sunshine at Pulau Ubin before heading back to the main island of Singapore. I strolled about the part of Pulau Ubin which was nearby the Pulau Ubin ferry terminal. Perhaps I looked like a lost tourist, a kind gentleman from the National Environment Agency (NEA) approached me and started a simple conversation with me. He strongly encouraged me to consider visiting Chek Jawa. Chek Jawa, is located off the eastern coast of Pulau Ubin. This part of the island is rich in its biodiversity and contains rare plant and animal species which are not available in other parts of Singapore. 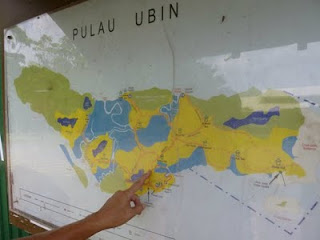 The kind gentleman from NEA led me to a nearby map and pointed to me how I could travel to Chek Jawa. I had choices. I could travel to Chek Jawa on foot, by bicycle or take a Pulau Ubin 'taxi-service'. My first choice was to travel by foot. Then again, for the sake of safety and convenience, I eventually decided to hire a taxi (which was more like a passenger van) to get me to Chek Jawa. On the way there, I saw a large monitor lizard on the taxi. Thank goodness I was not travelling on foot, else I might have gotten myself a minor fright. 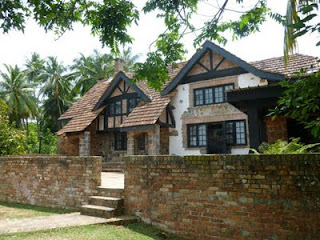 It was a refreshing and peaceful visit to Chek Jawa. I was welcomed by a beautiful Tudor-style house which serves as the Chek Jawa visitor centre. This house was build in the 1930s by the then Chief Surveyor, Langdon Williams, as a holiday retreat. This property has its own private jetty and was accessible by boat via that jetty. I particularly like the magnificent view from the Chek Jawa jetty. The house has a lovely fireplace which actually works! 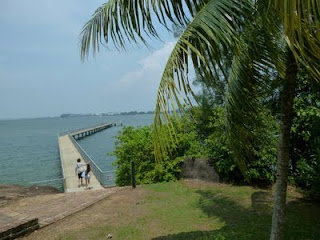 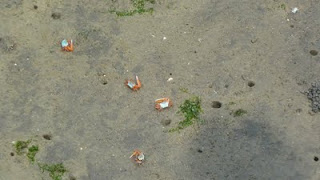 The mangrove boardwalk also brought me to be close to the Nipah Palm. This is a variety of palm that grows well in mangroves. The immature fruits of the Nipah Palm are called attap chee. White, translucent and hard, the attap chee, are common ingredient in many local desserts. 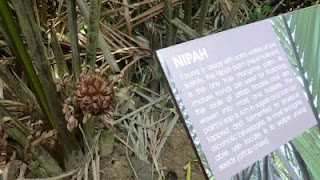 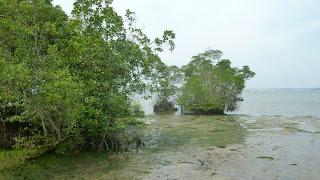 Along the way, I climbed up the viewing tower to enjoy an awesome view of Chek Jawa and the nearby landscapes. If I were a bird-watcher with binoculars, perhaps I would be able to spot and identify a flying eagle that was said to fly regularly past the vicinity of the viewing tower. 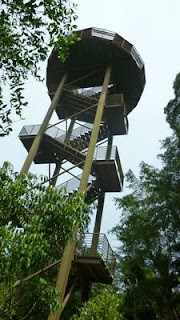 The coastal boardwalk at Chek Jawa is also worth a visit especially during low tides. I had the good luck to meet a elderly gentleman who shared with me some stories of Chek Jawa during my visit. 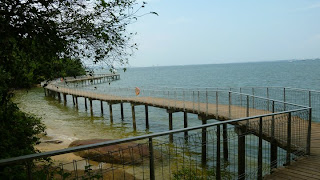 I was thankful that I was lucky that by mid afternoon, it happened to be low-tide at Chek Jawa that day. That was why I could enjoy some interesting sights of the rich biodiversity at Chek Jawa.

Chek Jawa's facilities opens from 8.30 a.m. to 6.00 p.m. daily. Admission is free. Please respect Nature by observing the following: Do not remove any wildlife from the shore, do not poach, respect the facilities and the wildlife.

I hired a taxi back to the Pulau Ubin Ferry Terminal. On the way there, the driver was very kind and thoughtful to stop by one of the disused granite quarry for me a take a photograph of the beautiful view of a man-made lake formed at the quarry. Here is to share it with you. May it bring you some simple delight. 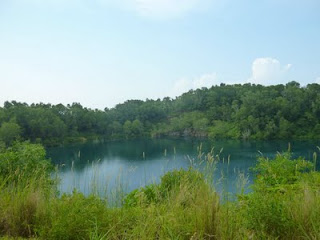 Finally, it was time to say good-bye to Pulau Ubin. It was an unplanned trip, yet it was a rejuvenating one. I felt thankful for the moment of respite. 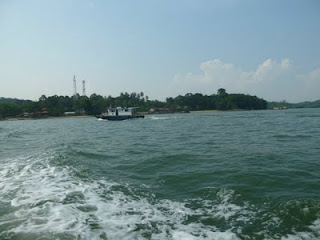 It was a very lovely day. I felt soothed, too, just from viewing your pictures. :)

It's great to hear that you felt soothed from the pictures. :)