The ride to a nearby town

After a night of rest at the Hainan village, I woke up, greeted by fresh air full of morning dew. In the morning, there could be so much dew that it is common for the villagers to wear a cap when they are outdoors in the morning.

Being a guest, I had not much clue what would be the plans for the day. I only knew that my parents and myself would be heading for the city of Haikou (in Hainan) after lunch that day.

I felt delighted to hear that we would be travelling to a nearby small town for breakfast. The fascinating part was that we would be taking a mode of transport that I have not seen in Singapore, but appeared to be a common mode of transport for the villagers in that part of Hainan. Please pardon me, I don't know what exactly it is called, but I have a photo of it to show you. 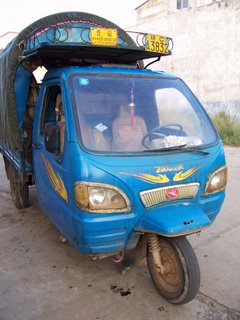 The vehicle looked like a lorry, but it had three wheels only. When the lorry passed by near the house, someone flagged for the lorry and it stopped. I had the privilege to sit next to the driver. A ride on this vehicle from the village to the nearby small town would cost 1 RMB (about S$0.20) per person.

It felt a little bumpy riding on the vehicle, but it was quite a thrill for me because of the novelty. I could not help acting like an ignorant tourist snapping away photographs of the sceneries that I saw on the ride. 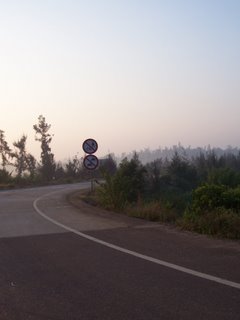 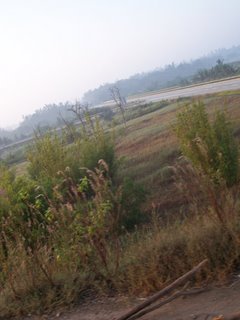 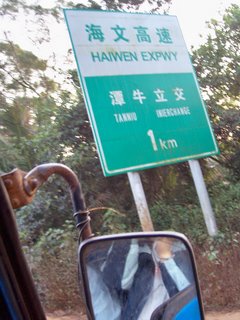 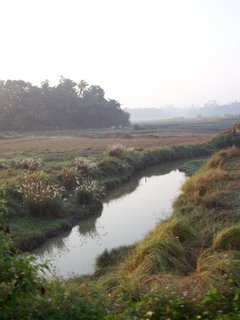 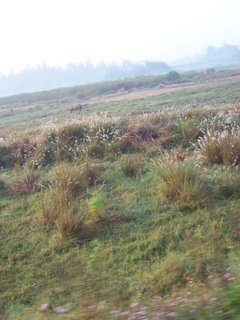 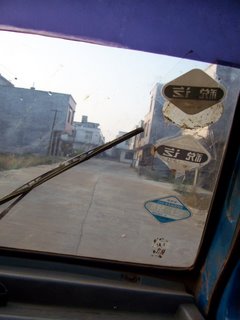 I have never seen anything life that. How peculair.