A concert that brings nostalgia 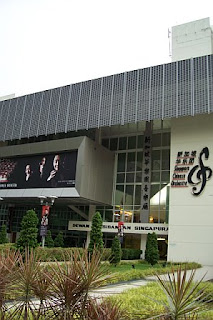 29 Nov 2008: Many thanks to MY for inviting and treating me to a concert by the Singapore Chinese Orchestra. That night, they put up a concert named The Butterfly Lovers Legacy.

It took me a while to start to appreciate Bayang for Wayang Kuilt and Chinese Orchestra as it was the first time that I had heard music of that nature. It was quite an interesting experience to hear a Wayang Kuilt ensemble play together with a Chinese orchestra. The use of spatial separation effects was fairly apt and added interest to the work.

Dream of the Red Chamber Suite was the work that brought me lots of nostalgia. I had performed some of the movements from this suite a couple of times when I was a teenager. Back then, I was fairly active playing in a few Chinese Orchestra. As I listened to the work, memories of the past just came to my mind. My favourite movements from this suite were Sighing for the Red Chamber and Burial of Flowers.

The Butterfly Lovers Legacy is one of the favourite pieces of music of my friend, MY. For me, it brought back nice memories of myself playing this work when I was in Aberdeen to perform for the Aberdeen International Youth Festival 2005. That time, I was playing the original version that was scored for the Symphony Orchestra. The version played during the 29 Nov 2008 concert was scored for a solo violin with a Chinese orchestra. The original version and the arrangement for the Chinese orchestra has its own merits. Personally, I prefer the former. Consider me biased please.

At the concert, I met a sister of a friend of mine, and am grateful to get the news that the friend of mine will be in Singapore for a short stay soon.

Many thanks again to MY for her invitation and her company. She gave me a lift back home and we have the pleasure to catch up with one another that night.

Wishing you positive memories each day. 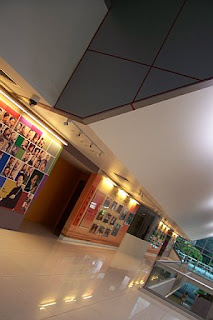 the SG Concert Hall is a venue that brings nostalgia to me too. Reminds me of the choir days with Ms Ong Foon.

I bought a CD of a popular Chinese performer of The Butterfly Lovers for you while I was in China.

But I left it on my office table. I'll be going back to get it. I'm glad I bought the right CD. :)

goldilocks: I am glad you have places that bring you nostalgia. :)

EastCoastLife: Thank you very much for the very kind thoughts. :)

I've always find chinese orchestra intriguing... the last orchestra performance I watched is at my children's school few years ago.

Aaarh ... I wish I had known about this. I love Butterfly Lovers. I have a cd of performance by SCO with Takako Nishizaki on the violin.

Anyway, for your information, all the tickets for both nights of the concert that I had attended last Saturday were sold out quite a while ago.