Emily not only plays the double bass, she is also known for her compositions.

Next week, there will be two free performances at the Esplanade Concourse and you will get to listen to the compositions by Emily and a few of her friends. Compositions that will no longer be just prints on the manuscript, but will come to life and be performed live! Do check this performance out especially if you want to support contemporary music by local composers.

Note: The programme differs for each of the four sets of performances listed above. 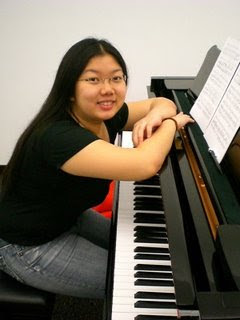 You will get to listen to two of Emily's latest compositions at the above two performances:

And there will be several other works that will be showcased at the above-mentioned performances held on 25 and 28 June 2007.