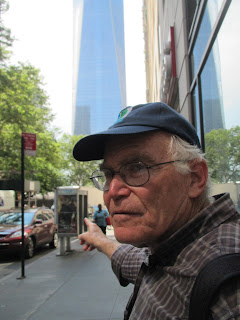 30 Jun 2015: I had the great pleasure and privilege to attend the Jerry's Grand Tour organized by HI New York City. For a reasonable fee of $10 per person, this tour takes its guests to some of the key highlights of New York City. It was also during this tour that I have made new friends.

One of the first things that we did before the start of the tour was to get a Metro card! I remembered that we took the subway and travelled to many places. Jerry, our tour guide, brought us to Garden of Eden where we could get take-away lunches at pretty affordable prices. A place for delicious food at affordable prices. 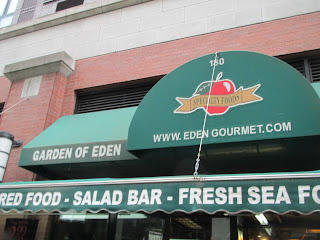 The tour took us to Brooklyn area. We visited the promenade of Brooklyn Heights and were treated to good views. Jerry shared with us about the geography of the New York City. Eventually, we made our way to the Brooklyn Bridge Park before we crossed the Brooklyn Bridge. 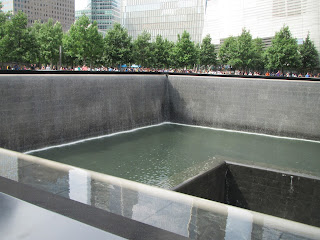 Our tour stopped by 225 Liberty Street where we had a short tea-break. Our next few stops brought us to Wall Street where we caught glimpses of the exterior of the New York Stock Exchange. We were on our way for a ferry ride to Staten Island that will allow us to change a glimpse of the Statue of Liberty. I had enjoyed the ferry ride very much. 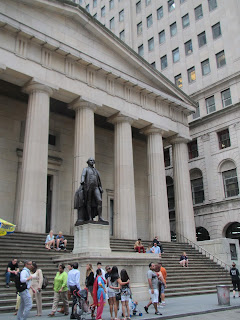 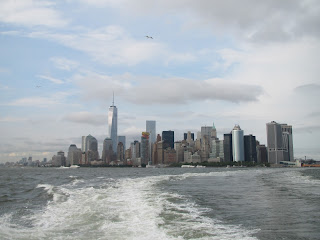 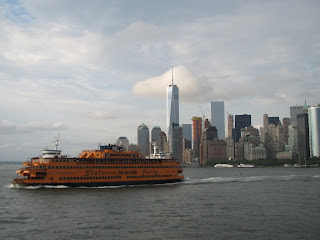 For the evening, we visited Chinatown and was at the area known as Little Italy. Eventually, we visited a place known as Haveli at 100 Second Avenue for a dinner of Indian food. For a five course meal, each of us paid US$12. This is a pretty value-for-money dinner in a restaurant setting. 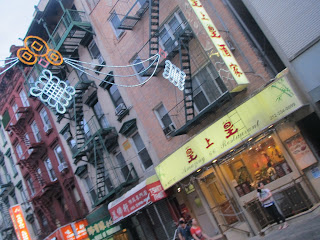 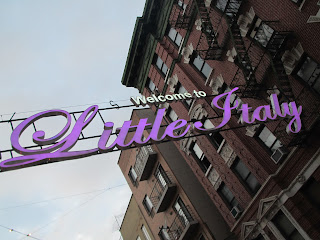 After dinner, there were more to explore. We visited the Grand Central Station and experienced the grandeur of this building. We also caught a glimpse of the Chrysler Building and visited Times Square. There was a special treat during the evening's section of the tour and this shall be a secret kept till one attends the Jerry's Grand Tour to learn it for themselves. By the time the tour had ended at Times Square, it was past midnight. 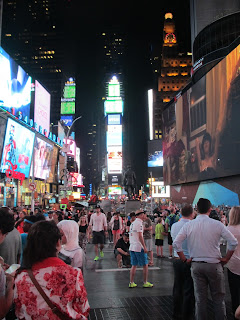 Many thanks to Jerry for an extremely informative and delightful Jerry's Grand Tour! This tour is worth recommending for anyone who likes to walk and explore New York with a group of new friends. Be prepared to walk for more than 12 hours!