A day in Wuxi 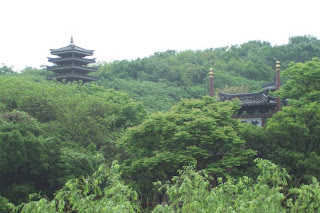 One good thing about joining a tour group is that I could be introduced to the gists of the places that I would be visiting, without having to do prior reading up on my own. I have learnt that in China, tour-guiding is seen as a profession. Every tour-guide in China has to graduated with at least a university degree. I have also learnt that in China, all tour-agencies are government-owned establishments. In some ways, I can say that joining a tour group in China has in many ways open me to learn more about the Chinese culture and history.

Interestingly, at each destination, there will be a local-guide to welcome and introduce us to the essence of the place. These local-guides are usually locals who the destinated locality. In addition, there is another tour-guide who will be present throughout the entire tour to play host to the members of the tour group.

After a night rest and a buffet breakfast in one of the hotels in Wuxi, my tour group headed for the Taihu Film and TV Studio. Specifically, we visited the Three Kingdom Period (220-581 AD) Town of the Taihu Film and TV Studio. It was there that The Romance of the Three Kingdoms was filmed. There, one could visit the Wedding Chambers of Liu Bei - the King of Wu kingdom. One can also see castles on water and warships. Admittedly, I don't know much about the Three Kingdom period, so I was doing my best to piece the bits of history and fables together.

While the tour group was at the Taihu Film and TV Studio, we caught a performance of a battle scene involving the three sworn brothers (Liu Bei, Guan Yu and Zhang Fei) against Lu Bu at the Hulao Fortress. 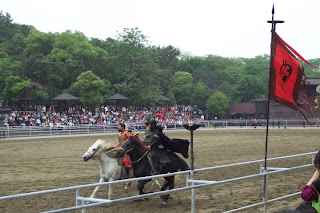 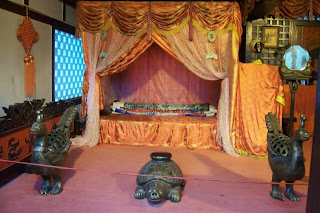 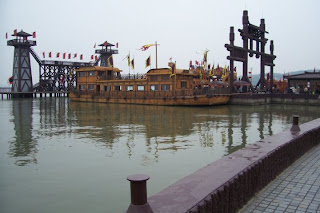 At Wuxi, we learnt more about Taihu Lake. This lake is the third largest freshwater lake in China. I learnt that the surface-area of the water alone of Taihu Lake is the approximately the area of four Singapore islands. Gosh, it is a huge lake.

I heard from our local-guide that the rearing of freshwater fish and prawns is very common in the Taihu Lake area. In addition, people also cultivate pearls. It was a natural thing to reason that we visited a pearl-cultivation factory, as one of our stops for the day. Technically, I see it as a place selling various pearl-related products.

Possibly to reward everyone in the tour group for having done much walking and viewing of pearl products earlier that day, we were treated to a sumptuous lunch. One of the dishes was the Wuxi spare-ribs. It tasted sweet. Each spare-rib, I heard, costs 10 RMB. I was told that the lunch costs 600 RMB per table. I can't remember if this lunch was known as the Qianlong Banquet. Anyway, I won't have ordered so much food if I were out having lunch on my own! 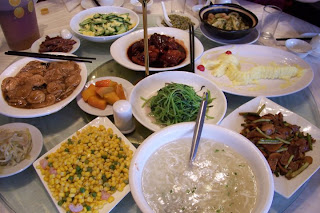 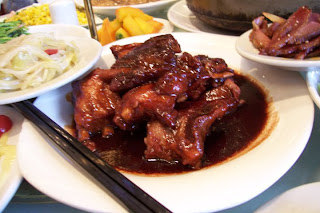 Wuxi Spare-ribs.
One of the most interesting dishes that we had during the lunch was the dish shown right below. Guess what it was? 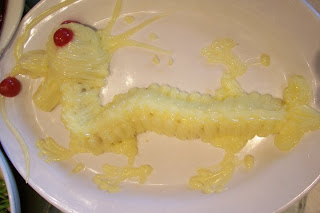 It was mashed potato, topped with a form of sweet custard sauce, made into the shape of a dragon. It tasted pretty good and I would have reviewed this mashed potato dish if this dish was available in Singapore.

We also had a visit to Lihu Lake (Scenic Area). I was told that the Lihu Lake is a bay of Taihu Lake, and it is associated with the legend of Fanli and Xishi. Xishi is one of the four beauties in ancient China. Much of my trip to China seemed to get me reacquainted with Chinese history and culture.

If you asked me what I remember about Wuxi, I shall answer: Taihu Lake, pearls, freshwater fishes and prawns, Wuxi spare-ribs, and the mashed potato shaped like a dragon.

mashed potatoes in the shape of the dragon!?! wow! I was not able to join the Shanghai trip, so it's really good that I can read about it here! Thanks for sharing! :)

Pinkie: Yes! Such an interesting mashed potato dish isn't it?

I'm glad that the posts here can fill you in a bit.

The Three Kingdoms Period was one of the most fascinating chapters of Chinese history. I became interested in it after watching recent films that were set in that period, like 赤壁，三国 and so on. :)