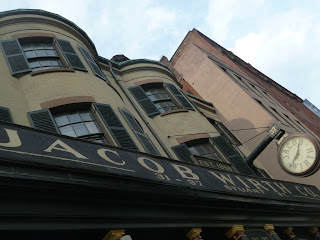 Within a very short walking distance from the hostel, Hostelling Internationl Boston, that I had stayed in when I was in Boston in June, there sits a restaurant known as the Jacob Wirth Co. German Restaurant. As its name suggests, it is well-known for the traditional German specialties and the American favourites that it serves. 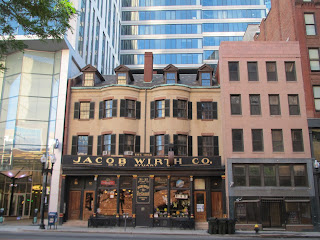 On 23 June 2015 (Tue), after working out both my feets walking non-stop about the Musuem of Fine Arts and checking out the building of the Boson Symphony Hall, I decided to go easier on my legs and have dinner near the hostel.

As I was not a fan of alcoholic drinks, I gave them a total miss when I was at the restaurant. For dinner that evening, I ordered the Jaeger Schnitzler. I like the peas and the sauce that went very well with this dish. I had ordered a smaller portion of it. In addition, I ordered a cup of New England Clam Chowder which was said to be an award-winning dish. It tasted fresh, rich and delicious. The clam chowder went well with the Oyster Crackers that were served with it. 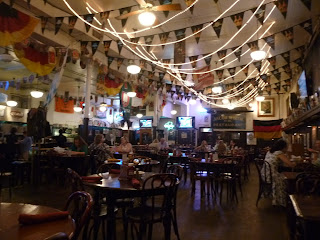 The service at Jacob Wirth was attentive. I have had an enjoyable dinner there.