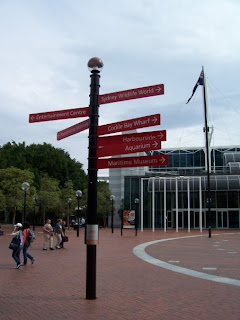 There's quite a lot to see at Darling Harbour. After my adventure exploring near Darling Harbour, Cockle Bay and the Pyrmont Bridge, I found myself at the Chinese Garden. This garden is known affectionately as the Chinese Garden of Friendship. The garden was "initiated by the local Chinese community to celebrate Australia’s 1988 Bicentenary" and "the Chinese Garden is the result of a close bond of friendship and co-operation between the sister cities of Sydney in NSW, Australia, and Guangzhou in Guangdong Province, China." (see source). I read that New South Wales and the Guangdong province in China share similar climate.

I did not visit the Chinese garden, but I took a couple of photos near its entrance. A kind elderly Chinese gentleman noticed that I was trying to take photos of myself single-handedly, and he came up to me to offer to help me to take a photo. Maybe in an unhurried pace of life, people get more chance to show the best side of themselves? 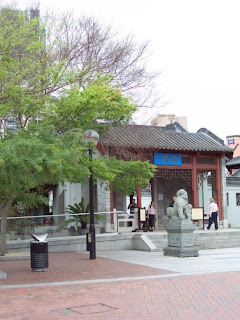 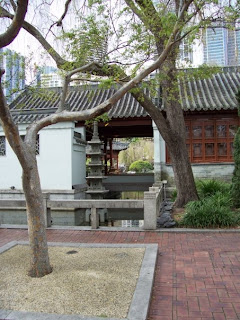 Outside the Chinese Garden. 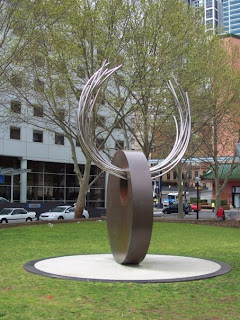 A sculpture that caught my eye. 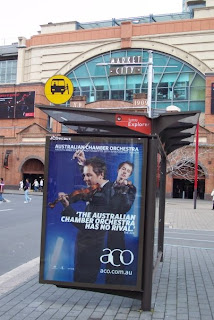 The ad at this Sydney Explorer's bus-stop caught my eye. 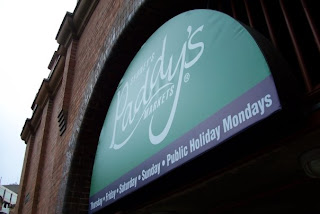 When I reached the hotel, I could not help but take a photo of the glass ceiling near the lobby. This glass ceiling gave one an interesting view of the air-well. Yes folks, by now you may have noticed that I have a liking for air-wells. Somehow the glass ceiling reminded me of the glass passage of the National Museum of Singapore. I enjoyed the view. 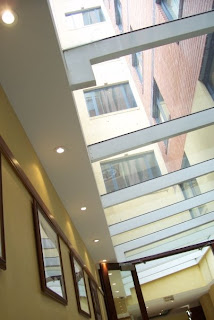 Such relaxing strolls had done me good. I am feeling more light-hearted after returning to Singapore from Sydney. May you find moments that lighten your mood too.
Posted by oceanskies79 at 9/30/2008 10:52:00 pm

After reading all your sydney trip entries, I'm so dying to go on holiday....

Doreen: I have still more posts coming up since I have spent quite a number of days in Sydney. While waiting for your chance to go on a holiday, please allow my post to take you on a 'armchair holiday' from your computer/laptop to Sydney.