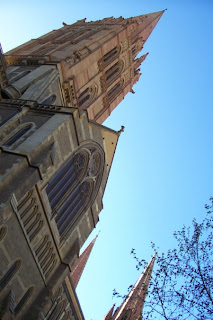 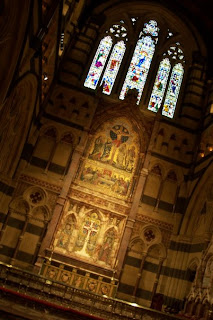 The Cathedral itself has an impressive architecture. I don't know how to describe it, but one simply feels good and calm when one is inside the Cathedral. A well-designed building often leaves me with similar positive feelings too. 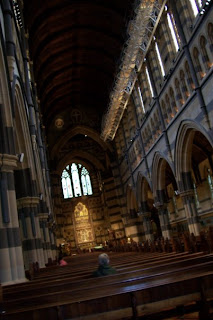 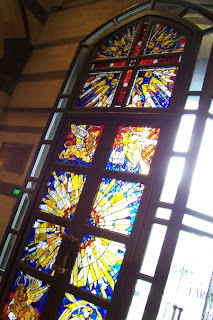 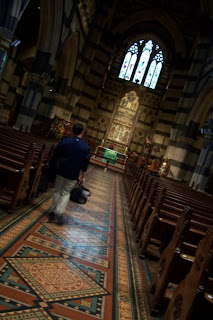 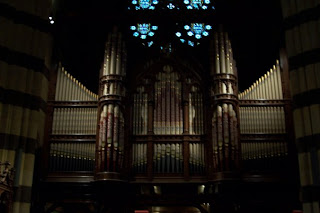 The organ at St Paul's Cathedral. I took this wanting to show one of my friends, J, who plays the organ, but the photo turned out not too clear. 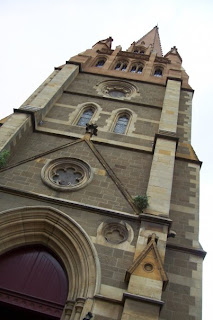 Such a beautiful building! I love the colourful stained glass. I visited it the last time I was in Melbourne with Jaymes.

It is a beautiful cathedral indeed. It gave me good vibes. :)