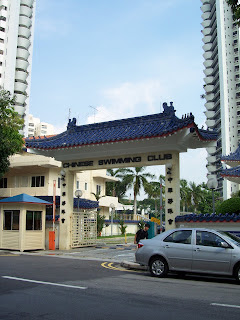 The older wing of the Chinese Swimming Club.

It was bright Sunday morning on 25 Mar 2007, I took the bus and alighted at one of the bus-stops along Amber Road. What on Earth was I doing there?

The answer is being revealed here: The Friends of Yesterday.sg (yours truly is one of them) have arranged to meet at the Chinese Swimming Club. Brunch was a generously sponsored by Dr Tan Wee Kiat's lovely wife.

I beg your pardon. I have no idea what the Chinese Swimming Club is except that I had assumed that it should have swimming pools, but of course.

I learnt that the Chinese Swimming Club "was founded in 1905 by a group of six middle-class Straits Chinese men swimming enthusiasts." (view source). One thing that struck me was that during the Japanese Occupation of Singapore, "the Japanese soldiers used the three-storey club building as a recreation centre and an interrogation room. The platform of the club's swimming pool became a stage for the Japanese firing squad in the massacre of the Chinese during the Operation Sook Ching".

If Dr Tan had became a member of the Club about 30 to 40 years ago, I wonder if he was one of those privileged people who have gotten themselves a life-time membership at S$100 then? (refer to this source)

There are some very good information on the Chinese Swimming Club that can be found here:
http://infopedia.nlb.gov.sg/articles/SIP_628_2005-01-22.html
http://www.chineseswimmingclub.org.sg/milestone.htm 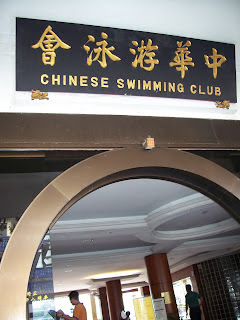 The new wing of the Chinese Swimming Club.

Rambling Librarian, Victor and myself were in time for Dr Tan's special tour of the Chinese Swimming Club. I dare say that the photo below will one of the most blog-worthy photos on this post. Why? 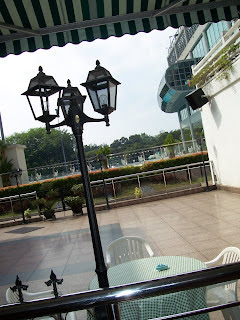 I heard that there used to be a salt-water pool further down, many steps after that lamp post. I can't quite visualise how the salt-water pool had looked like, so if any of my readers happen to have a photo of it to share, please do.

Dr Tan also pointed us to the Cashin Mansion that was located nearby. I was told that beyond those grill-like fences, it used to be the seafront before land reclaimation had taken place. It was about ten years after the land reclaimation before any development of the reclaimed land took place. It must have been the way Dr Tan related the past to me, I somehow felt exhilaratingly strange that I was standing on reclaimed land yesterday. 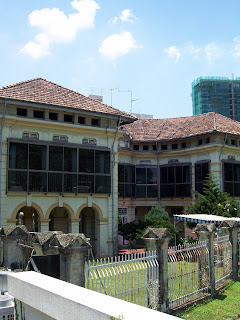 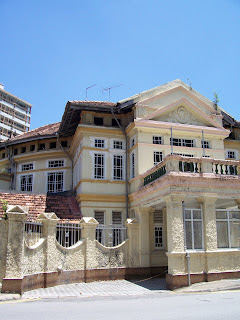 The next part of the tour of Chinese Swimming Club was to see its various facilities. Even though viewing the various facilities weren't as exciting as listening to how this part of Singapore used to be like in the past, I gladly obliged. I heard that the committee members of the club comprise of volunteers and I salute them for their great job in ensuring the smooth running of the club. 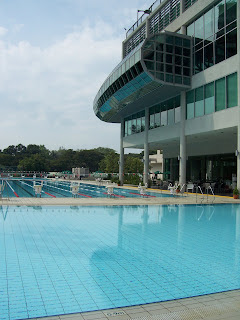 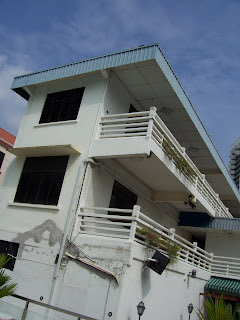 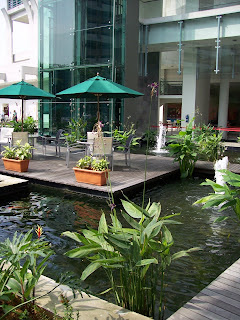 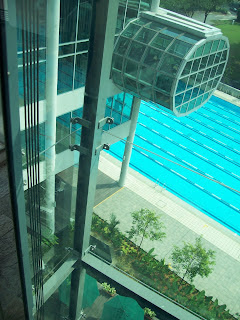 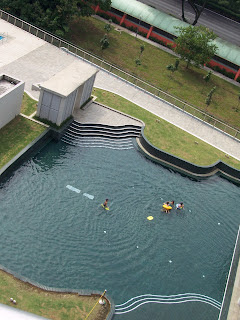 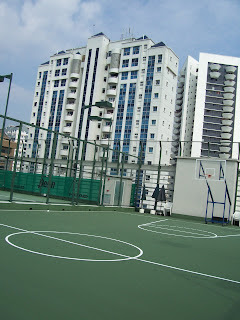 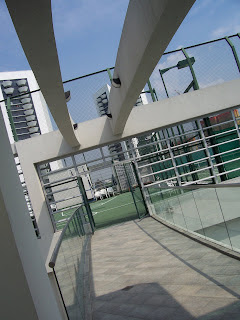 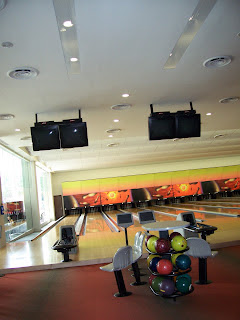 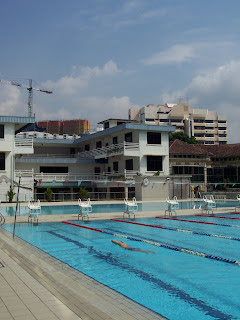 Otterman, A, Toycon, coolinsights came subsequently, and we started having brunch.

There was a lot to learn from the rest. Otterman, Rambling Librarian and coolinsights started sharing about Nexus 2007, and about museums having their own blogs. We can take a peep to the discussion by checking out these two posts by Otterman: Nexus 2007, Changi Museum News?, and a post by coolinsights: What Nexus 2007 is All About

Otterman also spoke about a financial model of funding one's publication. I found it quite an interesting stimulus to my brain while having a lovely brunch at the ManChu Cafe in the Chinese Swimming Club. Though I suppose I do need time to assimilate and digest the wealth of knowledge that has been shared during the brunch.

Dr Tan enlightened me of the previous locations of the Van Kleef Aquarium and the National Theatre, both which no longer exist now. 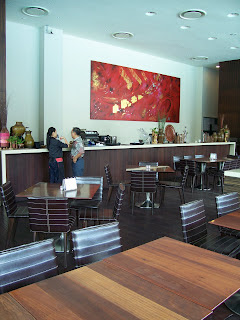 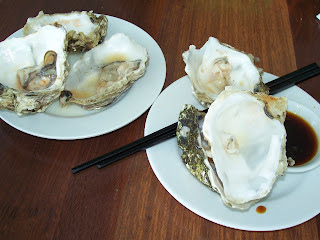 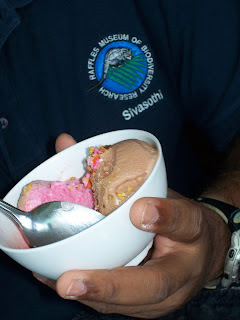 Otterman and his bowl of ice-cream.

In short, it was a pleasant brunch-gathering with folks, many who are older than myself. There was simply a lot to learn from these people.

Special thanks to Dr Tan and his wife for the lovely brunch.

Stay-tuned to this blog. I shall soon write about a specially autographed book that I had received when I was at the brunch meet-up.

Last but not the least, if you are keen in blogging about heritage-related issues or your memories of the past, you may wish to consider joining as a Friend of Yesterday.sg

I want to hear about the book.

Who would have thought a swimming blub would be so interesting. Lot of history there.

peiyun, only you can make a sunday brunch sound so fun! thanks for the write up and glad to meet up with u. Will let you know about SAM asap

Hey PY, thanks for that very detailed breakdown of what happened at brunch. Really wish I could have been there.

Thanks for the nice post on our little gathering Peiyun. You have a special gift of making the ordinary become truly extraordinary as Shaun has alluded to. It was a nice gathering and we should do more soon.

thanks for sharing :) truly enlightening and brings back lotsa memories of the past too.

Glad you guys had a great time.

That gives me an idea for a blog article about public swimming pools before the arrival of condos.

Chun See: Thanks for coming here to comment. If you check out my post on this brunch on Yesterday.sg (scheduled to be published on 2 April 2007), you can find a photo of the aerial view of Chinese Swimming Club taken probably at least 30 years ago. Is that the salt water pool that you and Dr Tan were talking about?

Ah, I think it would be interesting to hear about public swimming pools before the arrival of condos.

Pinkie: You are most welcome. My pleasure.

Cool Insider: Thank you for your compliments. It makes me more motivated to continue to write.

Acroamatic: I wish you could have been there. No worries, I think there will be future chances to learn from you at another gathering.

Shaun: Thank you for helping me to get permission to take photographs. It is a small wish of main to write a post on Chen Wen Hsi as a tribute to him. :)

Simple America: Yes, I didn't realise that there was so much history behind that swimming club.

Hey PY, like you, that was the first time to the club. I also took an automatic right turn and went to the wrong wing!

Very well written post, PY. Can we appoint you as official blog-writer at future events like this? LOL.