Evening out with JY and SH 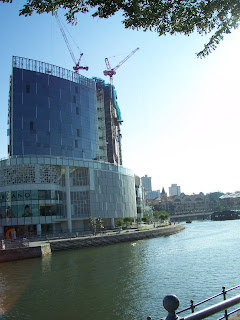 On the same day, but hours after I had brunch at the Chinese Swimming Club, I met my friends JY and SH for dinner at Central .

Central is located nearby Clarke Quay. It seamlessly integrates office and habitation all at one single site. For more information about Central, you may visit this link. 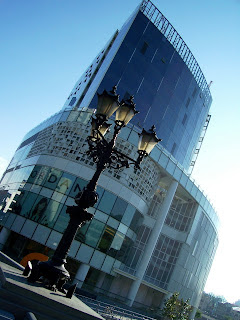 Central. I took this photo from Coleman Bridge 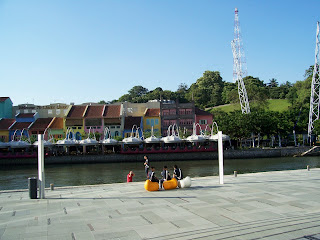 I am not sure if it was because of the fact that many of the retail shops and dining outlets weren't in operation when I was there, I simply felt that I could not connect with Central. But to be fair, I shall give it a bit more time. 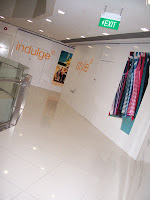 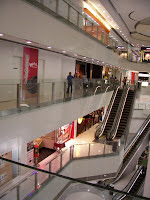 Those parts of the retail mall of Central that were already in operation actually looked pretty chic and stylish. I heard that shoppers can find funky Japanese-inspired street wear at Central but I am not interested at such street wear at all. On the other hand, SH seemed to like the mall quite a bit. 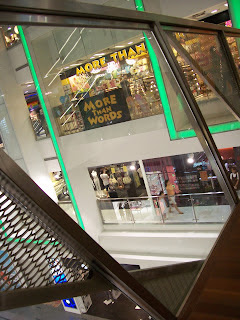 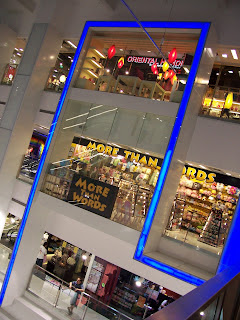 We had dinner at Grains. This restaurant's mission statement goes as such: Grains is committed to serving healthier Chinese cuisine without compromising on taste, flavour or texture that are quintessentially Chinese... 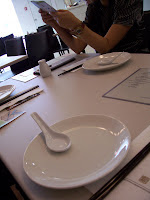 At our table, at Grains.

The brown rice served there was pretty good. It is rather difficult to find restaurants in Singapore serving brown rice, and I am glad that Grains is one of those few that I know which does so. 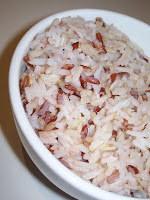 Brown rice with a nice fragrance.

When I took a look at Grains' menu, the healthy-eating freak in me felt almost instantly drawn to the food. There are items such as: Nutritional ABC Soup, Wheat Soya Bean Milk (Warm or Cold) that sounded tempting to me. I heard from one of the staff who served us told us that the soya bean milk is organic. 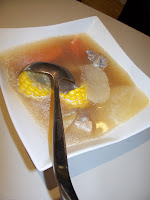 Nutritional ABC Soup.
I think this soup is affordable and it has a pleasantly mild but sweet taste. 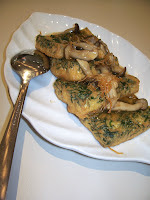 We also ordered the Braised Tofu with Fresh Mushroom & Vegetables.
I quite like its texture. 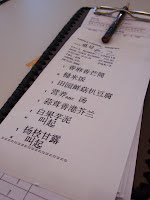 I also ordered the Sweet Yam Pudding with Gingko Nut. I find that the yam pudding has a nice texture and taste, but I was rather disappointed with the Gingko nuts. Those gingko nuts that I had had a bitter after-taste. I would think it might have been better to replace those gingko nuts with sweet pumpkin paste.

Both JY and SH felt that the Mango Roll with Sesame was too oily for their taste. So if Grains were to take our suggestions that we had written on its feedback card after our meal, we could consider trying this dish again another time.

Anyway, we found Grains to be a fairly affordable restaurant. Thumbs up to Grains for demonstrating to us that eating healthier choices can be affordable.

By the time that we had finished our dinner at Grains, the skies have turned dark. We went outdoors, just outside Central's premises to enjoy the night sceneries of Clarke Quay. Life seemed to have slowed down to my preferred pace for a brief moment. Having to be in the company of good friends made me feel good too. 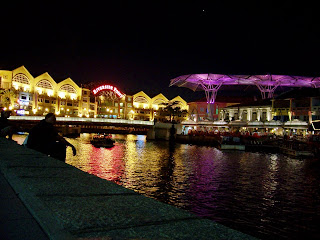 So Central is just that one structure? And people live there as well as have shops? Just clarifying.

I think it looks neat. The food looked wonderful.

As best as I understand, it should be. The residential part of Central doesn't seem ready yet.