It was not the first time that I have listened to this work. I had first heard this work when I visited the Singapore History Gallery located in the National Museum of Singapore sometime in Dec 2006. When I visited the museum with one of my friends, Mystic, several weeks ago, I took down the title of the work so that I could try to get a recording of this work for Mystic. 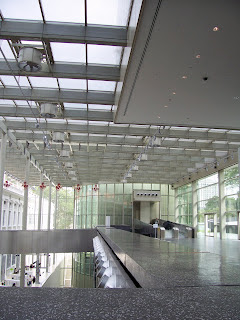 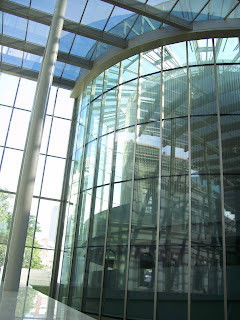 
Prior to attending the concert, Emily was kind to be my delightful company for dinner. We had dinner at Simply Peranakan Cuisine. For the better-than-average quality of the food, I think this restaurant deserves more patronage and sales.

Emily was singing praises of the Archar appetiser that was served to us. It went well with the Koropok.

We ordered Chap Chye and Buah Keluak to share. The Buah Keluak proved to be an interesting dish. We learnt from one of the waitress that chicken meat was stuffed and cooked in this black-colour looking nut/fruit. The gravy has a nice and interesting taste.

Please pardon me, I was too focused on eating that I only started taking photos when we have finished about half of the food. 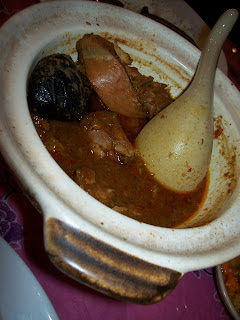 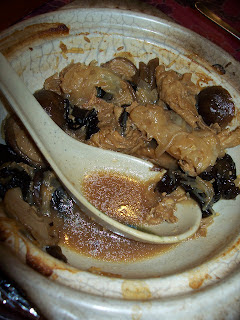 Since Emily and myself wanted to end the meal with a sweet item, dessert became a must to have. I vote for the Ubikayu as a dessert to try. It has a nice texture to chew on, and the core of it is pleasantly warm when one chews on it. We also ordered a bowl of Sago. The sago went well with Ubikaya, but I think Ubikayu stole the show. The grated coconut on the Ubikaya tasted fresh, yummy and crunchy. 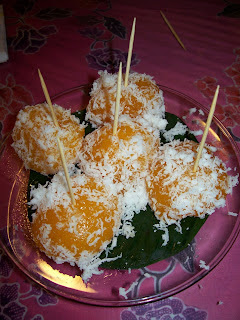 After our dinner, we hurried to the Concert Hall. Security was very tight. The President, S R Nathan, Minister Mentor, and several Members of Parliament were present for the concert. This is one of the few concerts that I have attended whereby there are so many very important people in the audience seats.

The Russian Orthodox Church chorus reciting the words of the Tao De Jing was quite a interesting part to listen to. My ears told me that there was something interesting going on in the music, but I just don't know what and why.

After the concert, I was quite pleased that I managed to purchase a copy of a CD recording of SINGAPORE. A Geopolitical Utopia as a gift for my friend, Mystic.

Emily has a nice account of the concert here: Martynov's SINGAPORE. Do check it out.

Good you can get the recording for Mystic. I wonder if I can find that over here. Would be interesting to listen to Singapore.

What a beautiful structure! And what tasty looking food. I'd much rather be in Singapore than freezing up here in northern Illinois.